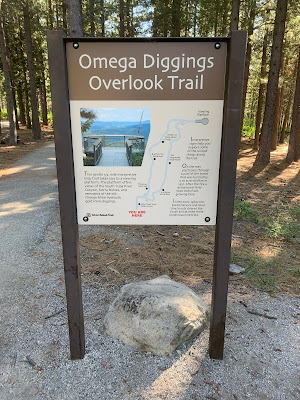 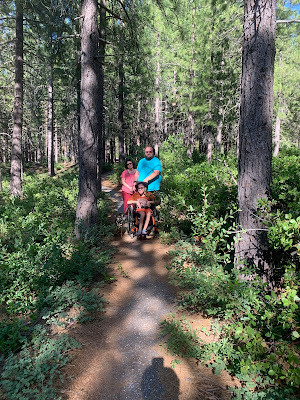 Like so many things, COVID-19 has delayed the release of our book. I've been wanting to build some excitement leading up to the October release, but wasn't sure what to post. I started thinking about how the book went in alphabetical order instead of sequential order. It seemed like there might be stories to be shared that didn't make it to print if I just changed how I looked at our adventures. While looking at a map of the trails included in the book, I realized our record for most states pushiked in a day was 4.
Kellisa and I were way behind schedule and needed to do some crazy trips with everything working out perfect or at least very close to perfect. We were in danger of leaving some of the New England states without finishing a trail due to rain in Connecticut and two rocky trails in New York. We needed to successfully pushike in Maine, Massachusetts, Connecticut, and Rhode Island on our last day in the region before returning home to California with less than 3 weeks before the completed manuscript was due.
If everything went as planned, I would give us excellent chances to finish the task. But, there was a powerful nor'easter just off the coast with winds between 50 and 60MPH pounding the mainland. At least one of our planned trails was along the coastline. In addition, I didn't have an alternative trail selected for Connecticut and didn't have a solid plan for Massachusetts or Rhode Island.
After a long day, actually after a week of long days, we woke up early in a beautiful seaside motel. We had already pushiked in Oklahoma, Texas, Washington DC, Maryland, Delaware, New Jersey, Pennsylvania, New York, Vermont, and New Hampshire on this whirlwind trip. We only had four states to go east of the Mississippi and a very early flight home to catch in less than 24 hours.
Our first trail started out along the rocky Maine coast before going through a deep forest in full autumn display of vivid colors. The trail popped out of the trees for a short loop near the water again before returning on the same path back to our rental SUV. The wind and waves reminded me of bringing the girls to the beach to experience tropical storms passing by the Jacksonville, Florida coast. 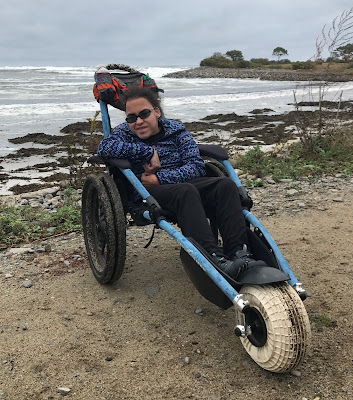 I had an idea along the Massachusetts coast for a trail, but then I saw a sign for Walden Pond, "THE" Walden Pond. I took a chance and pulled off the highway knowing we couldn't afford to waste even a minute of time. We were relieved to find a suitable trail around one of the most famous ponds in the world.
MORE WORDS AND PICTURES »
Posted by Chris Kain at 7:31:00 PM No comments:

Kellisa was well on her way to visiting and hiking in all 50 United States when Laurel joined our family in October 2010. Laurel started joining her sister on some of our trips while both girls also enjoyed their own trips. We weren't really going out of our way to visit new states since the goal was to complete all 50 for Kellisa by May 2017. It always seemed like we had time.

The plan was to get Kellisa to the finish line and then work on Laurel's list since she didn't turn 18 until June 2027. Everything changed when Laurel started feeling left out and Kellisa was only ahead by a dozen or so states. We made the decision to have both girls finish the goal at the same time. This required Kellisa to visit about a dozen states for at least a second time.

It took us exactly 6 years (November 2010 - November 2016) and 25 trips for both girls to visit and hike in each state together. There were many other trips during this time frame, but we are only counting the trips were they traveled together and shared a trail for the first time in a state. Since we make up the rules, some of Laurel's early states were completed on my back or in a stroller. By the end, Laurel has hiked in all 50 states and has pushed Kellisa in most (sadly, we didn't keep track of this statistic).

We drove to many of the states and flew to the rest. Our journey started while we lived in Jacksonville, FL and we completed the promise after we moved to Roseville, CA. Below are the flights we took just for the purpose of visiting and hiking each state with both girls at the same time.

One regret, Laurel hasn't hiked in Washington DC. We planned to hike in DC when the girls visited VA, WV, MD, DE, NY, and PA, but our short window was filled with thunderstorms. Laurel was in a rental SUV that drove through DC, but hasn't hiked a trail. Since DC isn't a state, Laurel still completed all 50 states, but it would have been nice to check this box since Kellisa has hiked in our nation's capitol three times. 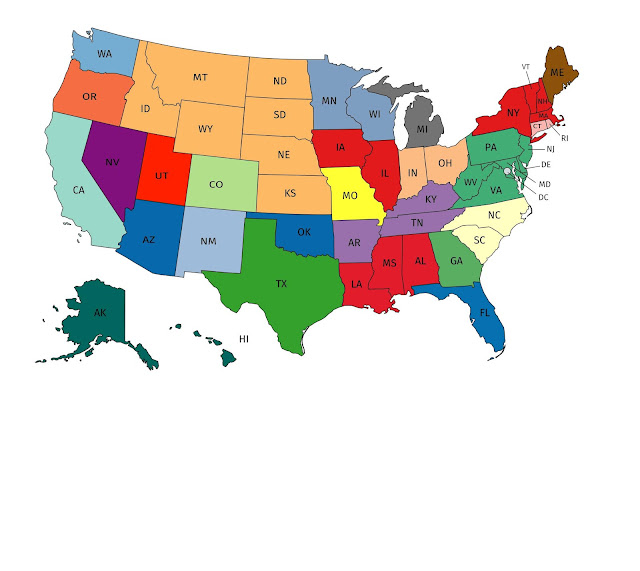 Kellisa and I completed the trails for Rugged Access for All in just over one year. It took 14 trips to visit all 50 United States again. A few were driving trips: California, Oregon, Nevada, and Washington. We flew to the rest. 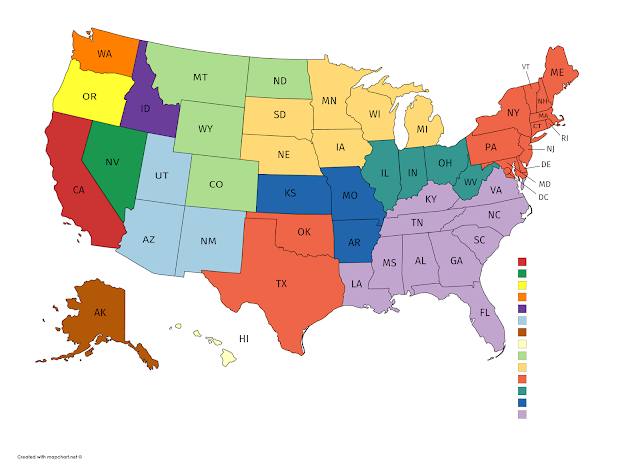