When does the fun start? 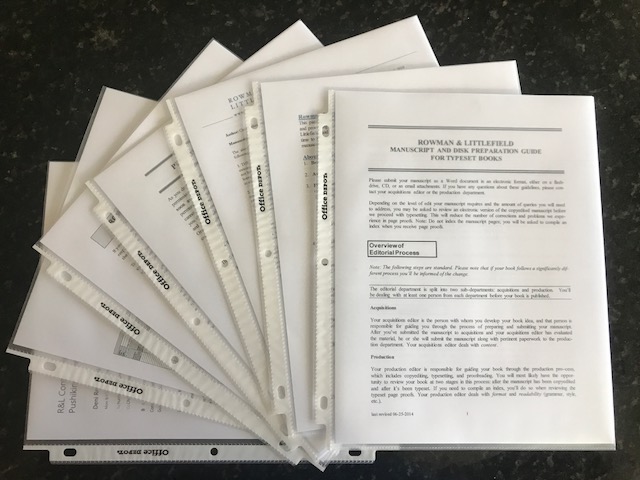 Since I'm new to this whole writing with a publishing agreement thing, I thought it would be all fun, planning, pushiking, traveling, researching, writing, and clear sailing to my deadline.

I was wrong. It's still new and exciting (I'm still on cloud 10), but also scary and intimidating. I have to have 90,000 words (others will want to pay to read) completed by November 1, 2019. That's a lot of words since I currently have exactly zero written.

In addition, I thought it would be easy after signing the 6 page publishing agreement, but I have a lot of homework to complete for Rowman & Littlefield before I can focus on my writing. I have to complete a 4 page Author Questionnaire, study and follow a very detailed 11 page Manuscript Guide, learn about permissions and artwork specifications, and create an Art Log. Nothing too hard, but I need to balance this with family, my career, and sleep. If I have to give up one for my new endeavor, guess which one it will be?

I'm not complaining, just sharing the next step of this whole process since it's all so new to me and maybe it will inspire others to pursue or continue their dream to write professionally. 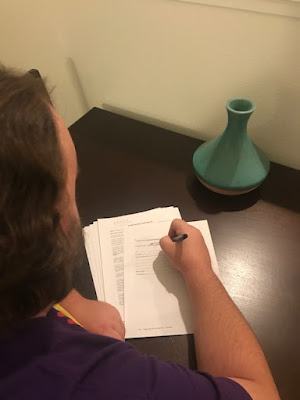 It's been 7 1/2 years since I started down the path of seeking a publishing contract to write a book about Kellisa and I finally realized the dream by signing with Rowman & Littlefield. The journey has been long and filled with a lot of hard work with few results. I considered self-publishing in this modern era of dwindling book sales and therefore fewer deals for authors, but I was driven to go big or not publish at all.

I'd say I received hundreds of rejections, but most of the time you don't even get a reply from the literary agent or editor on the other end of your email book idea pitch. I've spent hundreds, if not thousands of hours over the years on pitches, queries, and proposals. I'd like to say I never gave up, but I did several times, but always came back with a new determination because I felt strongly in Kellisa's story of survival and breaking stereotypes.

My book idea grew to include Laurel over the years and I would change a few slants to the story each time I tried to find a publisher. I always imagined a non-narrative book weaving between the medical history and outdoor adventures. I would question myself every time I was ignored. Was I crazy? Was I the only one who thought we had a story worth sharing?

Lisa pitched the idea of writing a guidebook for pushiking many years ago and while I loved the idea, I always saw that as a follow-up book after laying the foundation with more of a memoir style book. I had given up or at least blocked the idea of publishing a book out of my head for close to a year when it started creeping back into my head earlier this year.

But, something was different this time. I started to embrace the idea of writing a guidebook. I have dozens of files from my previous efforts, but pitching a guidebook was almost like starting over. I convinced myself that this would be my last attempt and if I couldn't find a publisher, I would either put this book madness out of my head once and for all or maybe I would self-publish something.

As I was bouncing ideas through my head, I did a little research and sent off one quick query email to Rowman & Littlefield. Because I wasn't expecting a response, I broke the number one rule- sending a query without having a completed book proposal.

While this query was hanging out there, I came across a post on Facebook from a friend back in Chicago who was making a major change in her life and was looking to start a business that included editing. Up until this point, I was doing all the writing and most of the editing and proofreading myself. I knew that if this really was my last effort, that I needed to give it my all and that would include seeking outside help.

I reached out to Gin and pitched my book idea and what I might need as far as help. Gin immediately liked the idea and we discussed a plan. To my total surprise, within a couple of weeks, I received a response back regarding my query and it was my worst nightmare- they wanted a full book proposal.

I was embarrassed when I had to admit I didn't have a finished proposal (this rookie mistake is often a deal breaker in the publishing world), but I was given some time to complete it. With Gin on board, we were on an incredibly tight timeline. I had just a few weeks to create the perfect book proposal. Sleep would have to wait. Gin was huge in keeping me on track by seeing the big picture of the entire proposal and helping guide me with the perspective of someone removed from our story. In the end, we had a completed proposal of over 8,000 words and submitted the book proposal on June 4, 2018.

It was a long summer of not knowing if this would finally be my big break. Then, in mid-August, I heard back that it was looking like the book might have a chance, but a little more time was needed. It was hard to sleep or function knowing I was close and this would be it, one way or another.

September 5th rolled around and I received an email from Rowman & Littlefield with an attachment...a contract offer. It was six pages long and I read every word on my tiny cell phone screen (I was traveling for work and eating lunch in a Chinese restaurant). I was so excited, I was ready to sign right there before the offer could get away. But, I thought I should print it out and really read every word when I could see them clearly and also have Lisa look it over.

I would have signed just about anything at this point, but I had a few questions. We went back and forth and I was able to sign my first publishing contract on September 15, 2018. 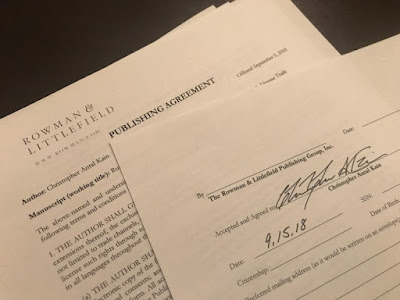 I could go on and on, but I have a book to write!

Don't worry, I'll be sharing more details about the book in future posts. 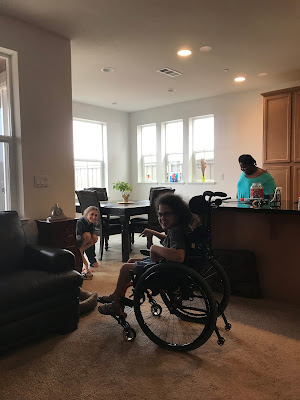 Kellisa's friend Jenny, is also professional photographer Jenny Sloan. Our mountain lake swim turned into a photo session in a breathtaking natural studio. Look at these amazing pictures and if interested (especially our friends and family in NE Florida), Jenny's work can be viewed on Instagram at @julyfifth1957. 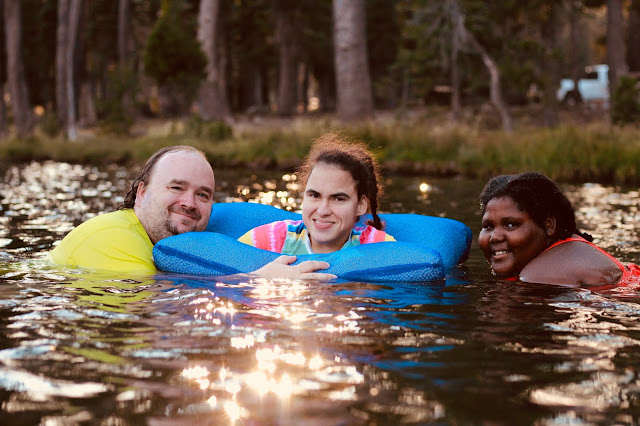 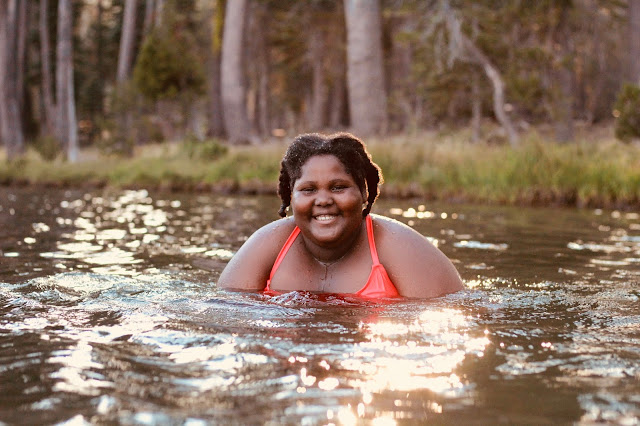 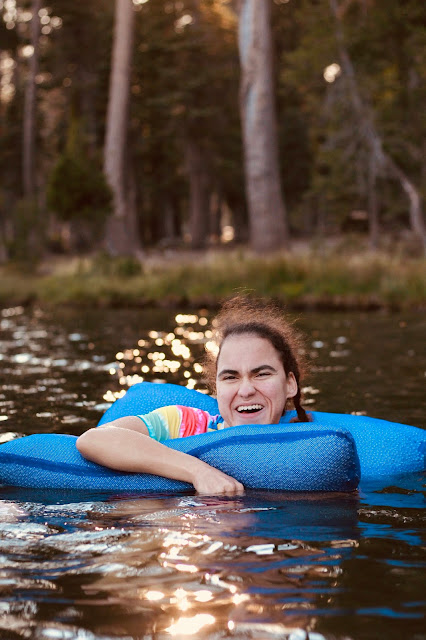 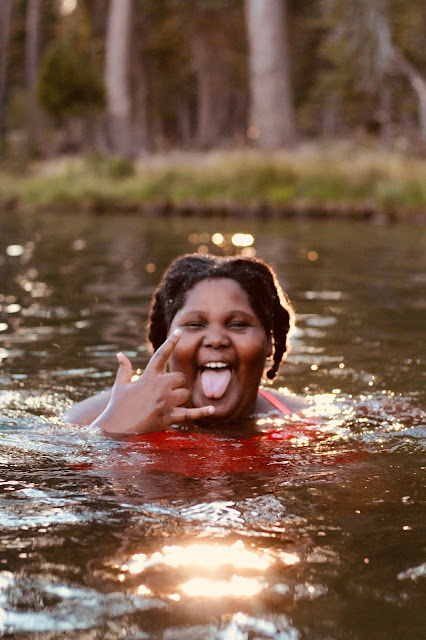 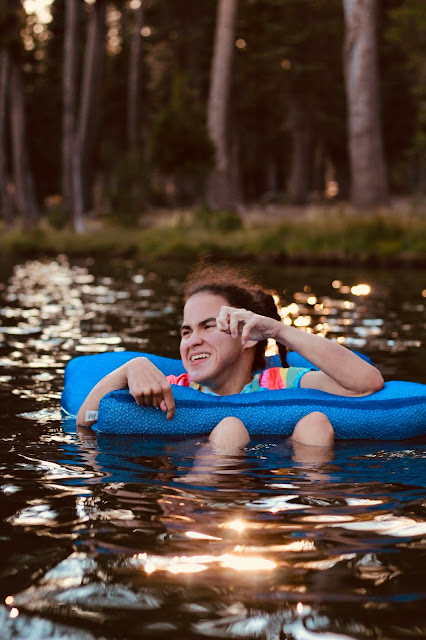 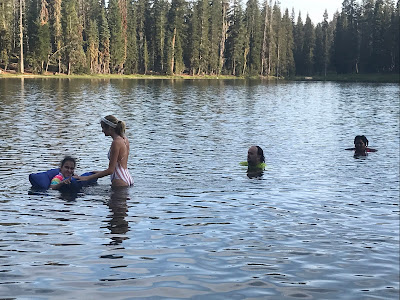 We were hoping to get the chance to go for a swim in a natural body of water during our visit to Lassen National Park. As we were sightseeing through the park, we passed by Summit Lake at 7,000 feet above sea level. It was a small lake, so we were hoping the water wouldn't be ice cold.

Jenny was the first one in and Laurel was right behind her. I felt the water and it was freezing which killed my interest in going in the lake. Usually I'm up for an ice cold dip, but wasn't feeling it for some reason. I pushed Kellisa to the edge of the lake and she splashed around with her hand.

I was hoping the water would be too cold for her, but I was wrong again. She desperately wanted to join her best friend and sister IN the water. I wasn't thrilled because I would have to change her into her swimwear and carry her in the water. How could I say no to Kellisa's smile and bossy finger pointing to the water? I couldn't and after a few minutes of getting ready, we were both in the water.
MORE WORDS AND PICTURES »
Posted by Chris Kain at 9:00:00 AM No comments: 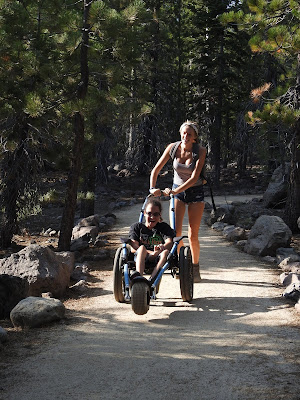 
Kellisa's "best buddy" from Jacksonville, Jenny visited for a few days and going to a national park was high on her list of adventures. Yosemite was closed due to forest fires, so we headed north to spend an afternoon in Lassen Volcanic National Park. We visited the park and this trail back in July 2014 on our vacation to northern California, 18 months before we would move across the country. This would be Lisa and Jenny's first visit to this beautiful and surprisingly little visited gem in the national park system.

Jenny was more than happy to push Kellisa along the trail. It was nice to watch Kellisa have so much fun with her friend. This opportunity to see Kellisa as strangers see her on the trail confirmed everything I always believed, it's beyond obvious that she is having the time of her life with the non-stop smiles and giggles that resonate through the deep forest.
MORE WORDS AND PICTURES »
Posted by Chris Kain at 11:09:00 PM No comments: