Road leading to the summit trail: 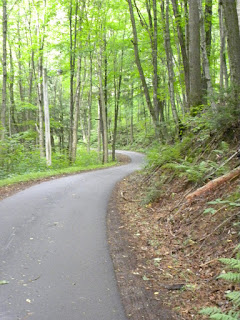 The trail was a little steep, but was adequately wide and flat which made it fairly easy for pushing Kellisa: 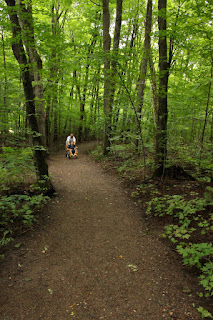 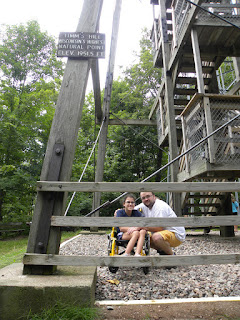 The actual summit marker under the tower: 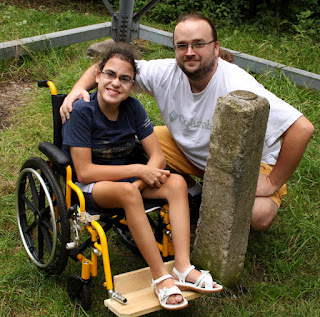 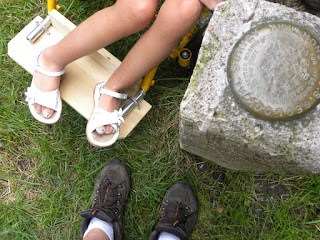 We had "lofty" plans for the summer of 2011 that included our cousin, Matt. Unfortunately, everything had to be cancelled because Kellisa had two surgeries (July and August) and is still suffering for complications (March 2012). With a lost summer behind us, we decided to take a quick Labor Day weekend trip with Matt to the upper Midwest.

The next two photos are pictures of Matt at the top of the observation tower while he is taking a picture of me and Kellisa at the bottom. I might have been able to carry Kellisa to the top of the tower, but it would have been a dangerous struggle to say the least and not worth the risk in my opinion. I could have easily left Kellisa with Matt to climb the many stairs to the top to enjoy the views. However, I have a self-imposed policy when traveling with Kellisa: if we can't do it together, I don't do it alone. It's not always easy, but I followed my policy. 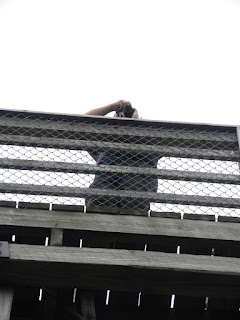 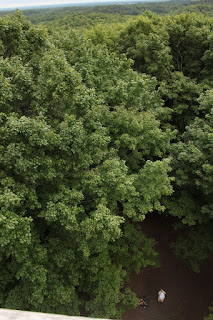 With 40% of the states summits below us, we headed back down the trail: 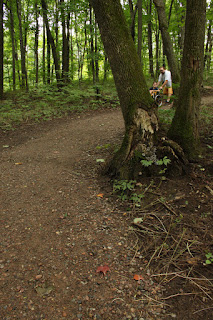