Satellite image of Beryl as it makes landfall: 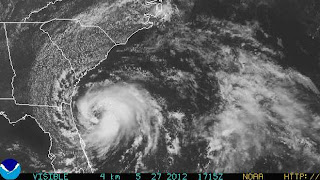 1,345,596 people in metro Jacksonville and only four were at the south beach (accessible boardwalk) of Guana State Park as Tropical Storm Beryl (70mph sustained winds- just 5mph under hurricane strength) made landfall: 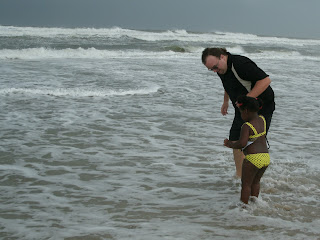 Egypt was a little hesitant, but this was her first tropical storm: 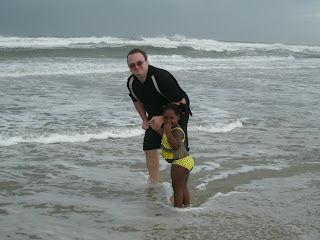 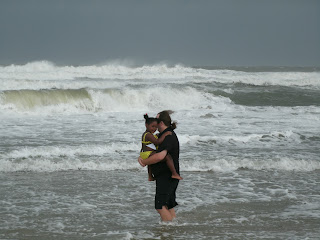 We tried to arrive just as the outer bands came ashore, butwe were a few minutes early. Kellisa was not as interested as she has been in the past (Flashback: Fay 2008): 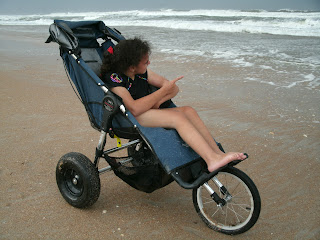 However, after 15 minutes, the wind, rain and waves really started to meet our expectations. Egypt was done and went to the car with Lisa. As the weather deteriorated, Kellisa's enjoyment increased: 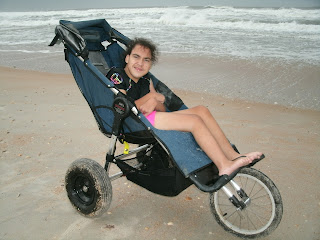 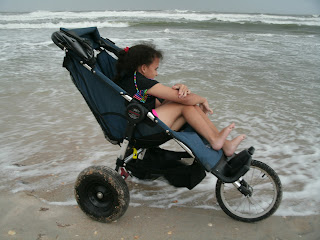 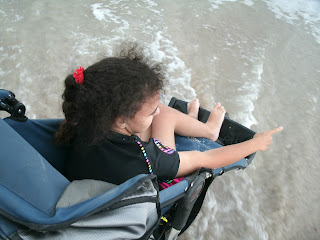 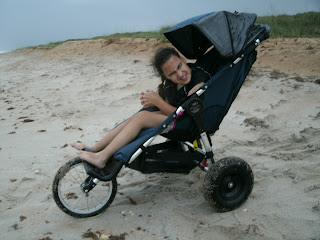 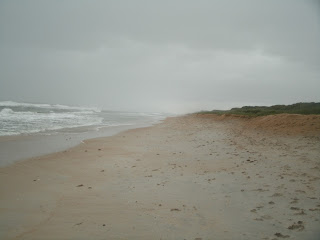 
We lost one tree during the storm: 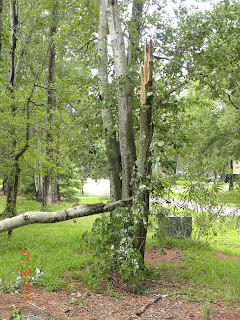 We were lucky, it fell within 10 feet of the house and Lisa's van: 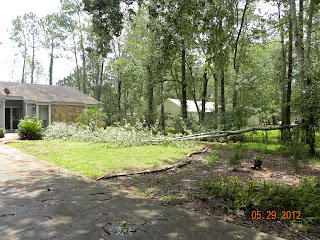