A 2.1 mile ice road connects Bayfield, WI to Madeline Island across frozen Lake Superior. Every year as part of the Bayfield Winter Festival, a race to the island and back is held. I had decided to try with Kellisa as a new and exciting challenge. Originally, I was going to leave Egypt at home with Lisa. However, Egypt has been very interested in seeing snow and she really wanted to try sledding. I was hesitant to bring Egypt since this would be her first weekend of real cold and snow. I decided to bring her and she did not disappoint me. My plan was to push Kellisa and pull Egypt in a sled at the same time. Not knowing if Egypt would sit on a sled for 4.2 miles, I brought Kellisa's Wike chair which is barely big enough for both girls in full winter attire.

We almost didn't make it to the race. About 20 minutes from Bayfield, Kellisa started crying a little. Kellisa never cries unless she's about to blow. I quickly pulled over, jumped out of the van and opened Kellisa's door. I told her that she was OK, but I could tell from her face that all the liquids I gave her for breakfast were on their way out of her stomach. It was cold, just above zero with the wind chill and we were in the middle of nowhere. Any chance of participating in the Run on Water would be over if either Kellisa or myself got soaked in projectile vomit.

Thinking quickly, I undid Kellisa's seat belt and leaned her out of the van as I spread my legs apart. Within an instant, 16 ounces came flying out and luckily, most of it landed on the road. My boots got a little wet as did Kellisa's waterproof wind pants. At the same time, Egypt was screaming in horror because the whole process in pretty violent and scary, even though she has witnessed this many times. I had to calm Egypt down as I wiped Kellisa's face. I knew Kellisa was feeling better and asked her if she was still up to the race. She smiled and signed "yes". I got back in the car and raced to the registration and then to the starting line.

We barely had time for this picture before the race started: 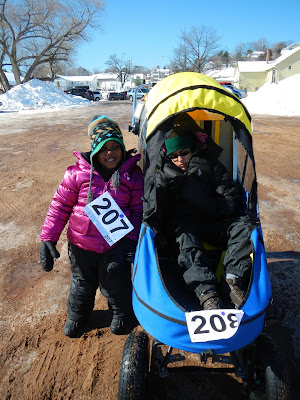 Looking out to Madeline Island: 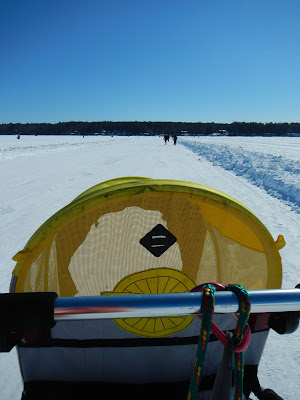 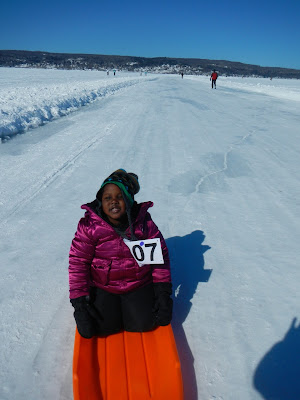 Kellisa with Bayfield in the background: 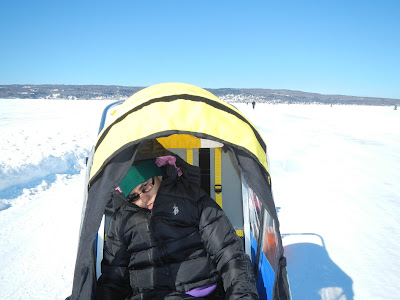 Heading back to Bayfield, after reaching Madeline Island: 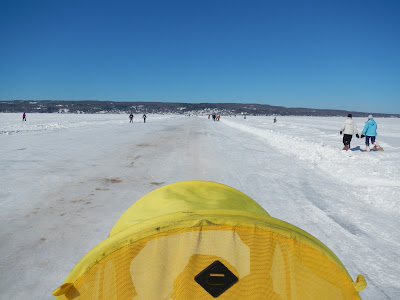 Egypt was done sledding. I was glad I had the bigger chair: 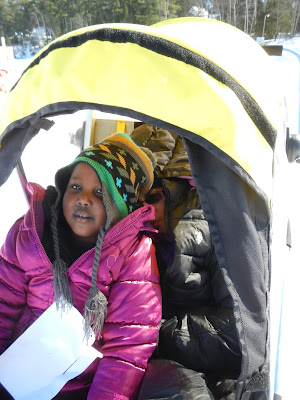 A large crack in the ice: 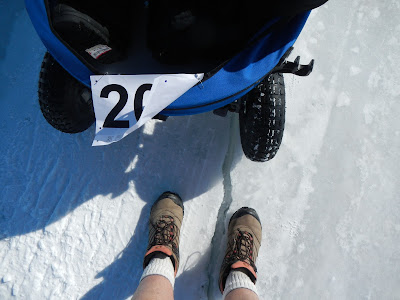 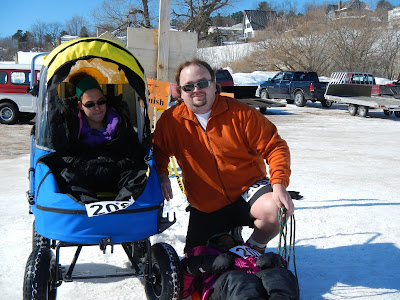 Kellisa wanted her chance on the sled: 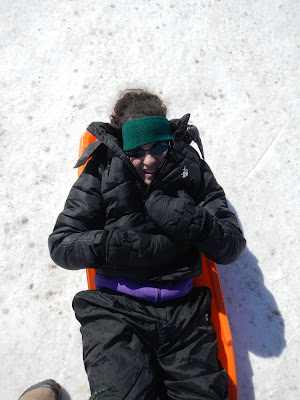 Arrival back at Orlando International Airport with our ton of weekend gear: 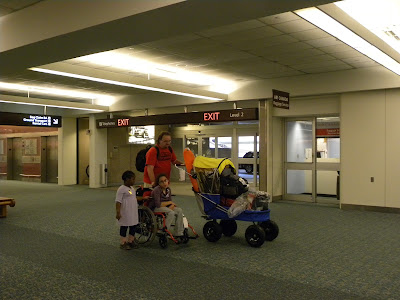 Thanks to Lisa for trusting me with the girls in the far north. A big thanks to Scott Armstrong for allowing us to race in our own special way...see you again next year!