After the disappointment in El Paso the week before, Kellisa and I needed to get away to get some positive miles behind us on the trail. Since we never hiked in Missouri, it seemed like a nice, easy late winter destination. I wanted to go to the highpoint, but the bridge I planned on using to cross the Mississippi River was closed and the detour wasted too much time. A quick glance at the map and we were headed to a little known state park- Big Oak Tree.

The drive to the park was eerie. It felt like we were driving into a low budget horror movie. The color was gone, with only muted browns and grays remaining. The farms looked like they were abandoned decades ago instead of the previous autumn. Then I realized that we didn't see any cars, tractors or people. Even the houses and churches were abandoned. It was like all the people just vanished. 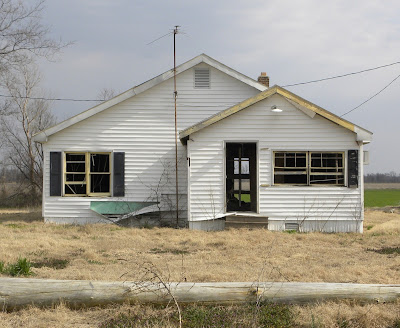 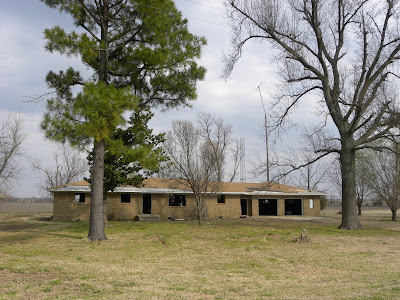 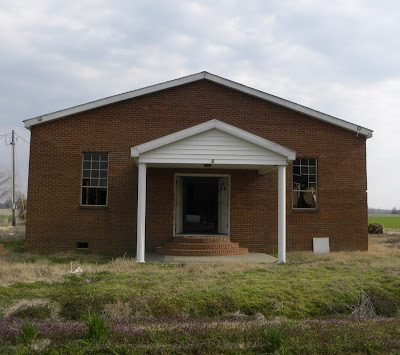 The final miles to the state park had me questioning if we should turn around and drive towards civilization. A dirt road led to the trees in the distance, which would turn out to be the state park. 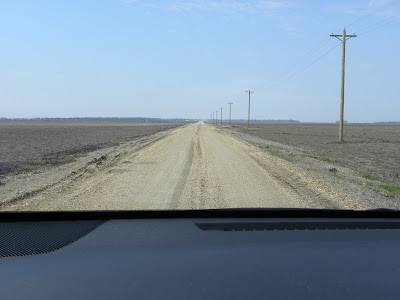 Even the state park was abandoned. No visitor center. No offices. No maintenance buildings. It looked like we were the first visitors in years. It didn't help that it was still winter and all the trees and bushes looked dead. 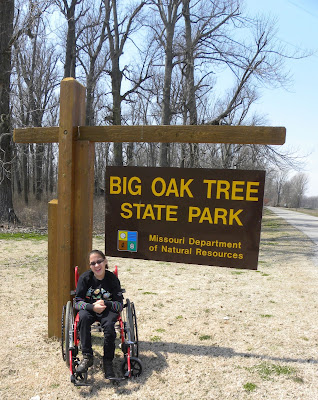 We were the only ones in the park. Usually, I'm more afraid of people than wildlife, but in this case I just wasn't sure. I might have felt better to see people. On the other hand, would I want to see people in this setting? We were there and it took everything I had to proceed with the hike.

Our first hike was the Boardwalk Trail: 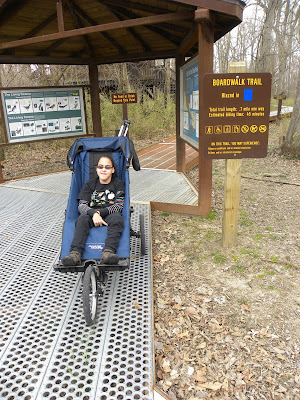 As soon as we started, it felt like someone was watching us. 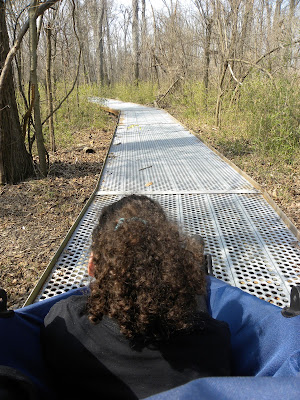 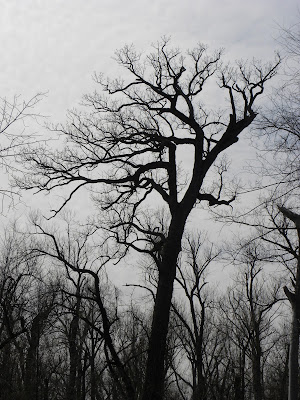 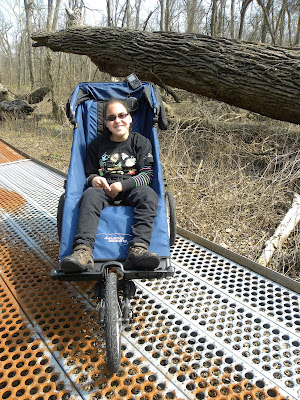 I was right...we were being watched: 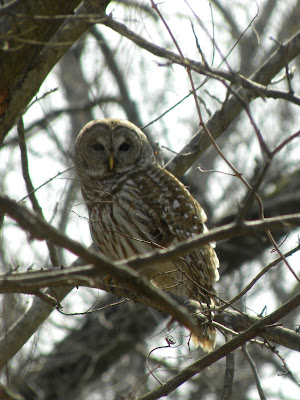 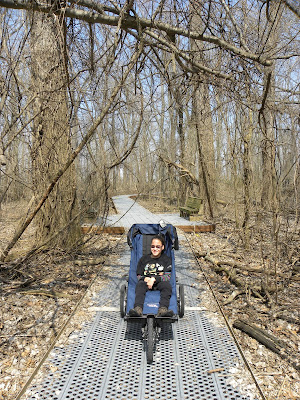 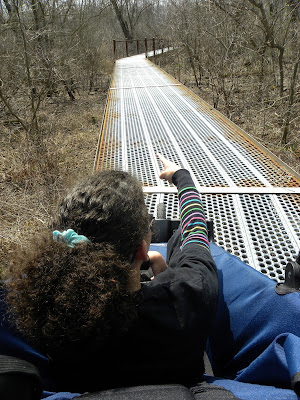 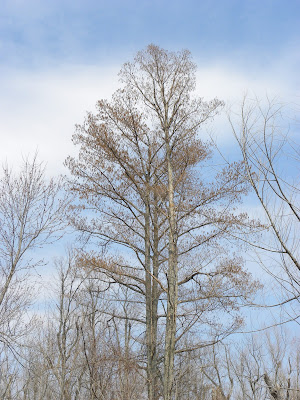 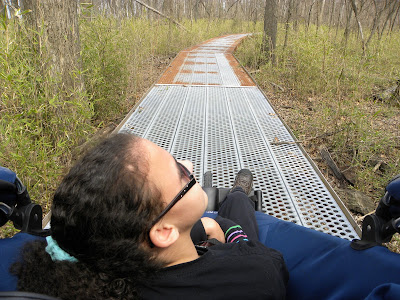 Our second hike was the Bottomland Trail: 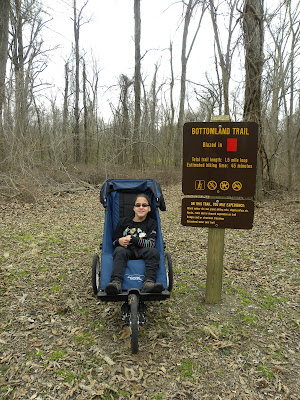 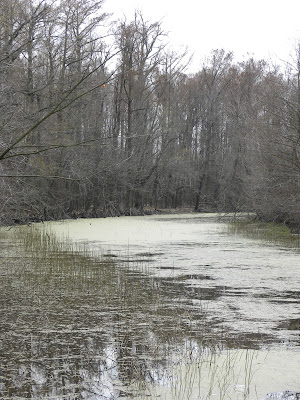 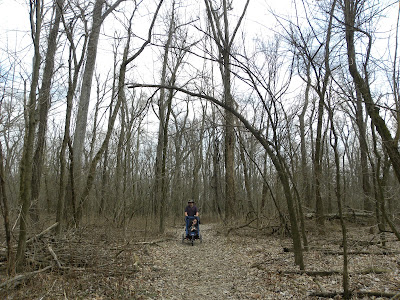 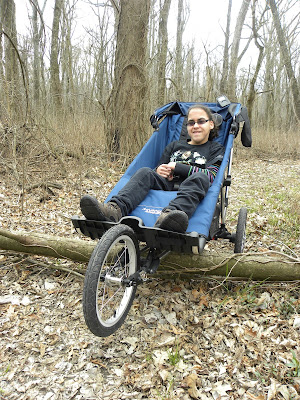 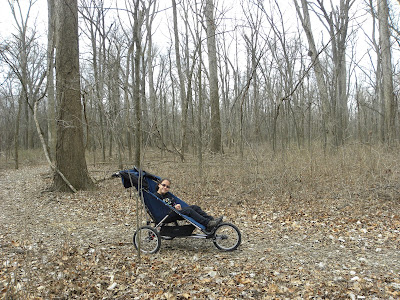 My first reaction was to look for an alligator: 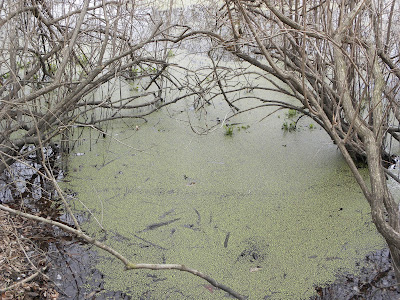 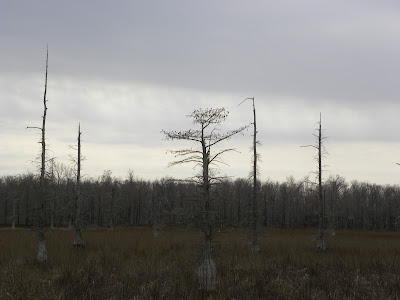 I recently purchased a new Garmin to track our hikes and transpose them over topo maps. Below is our hike in Big Oak Tree. We walked in between the trailheads instead of driving. 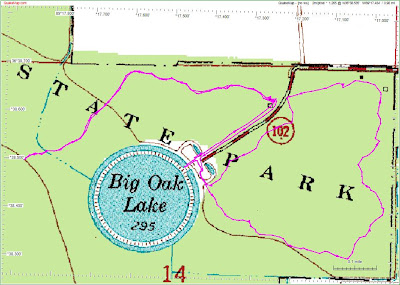