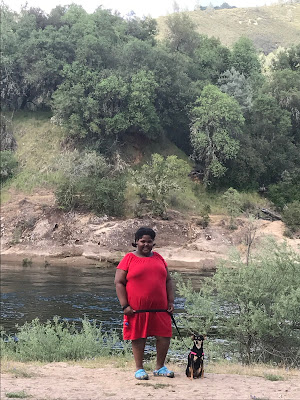 Laurel woke up on Sunday and asked if we could go panning for gold. The last time we visited the Marshall Gold Discovery State Historic Site, we bought two mounds of gravel where Laurel found about 75 cents of gold after panning for an hour. We didn't have plans and thought it would be nice to have a picnic and see how Evie does in an outdoor setting.

Kellisa slept until almost noon, so it was mid-afternoon before we arrived at the park less than an hour from our house. Lisa made a nice picnic lunch that we enjoyed upon our arrival. Then Laurel and Evie started wandering while Kellisa wheeled around like crazy.

By the time we made it to the gold panning area, it was closed for the day. Laurel was disappointed because she was convinced it was her day to strike it rich. As she was processing the letdown, Lisa thought she saw a good friend of Laurel's from school. I turned around and sure enough it was her friend and his family. Laurel quickly forgot all about her lost gold while spending an hour exploring with her friend and his younger brother while prancing Evie around the park. 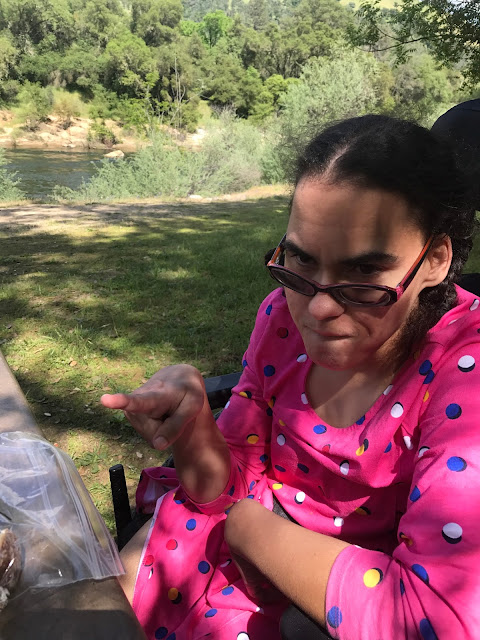 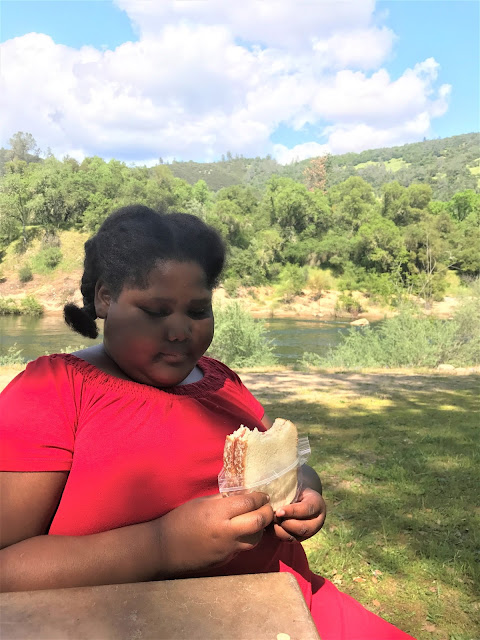 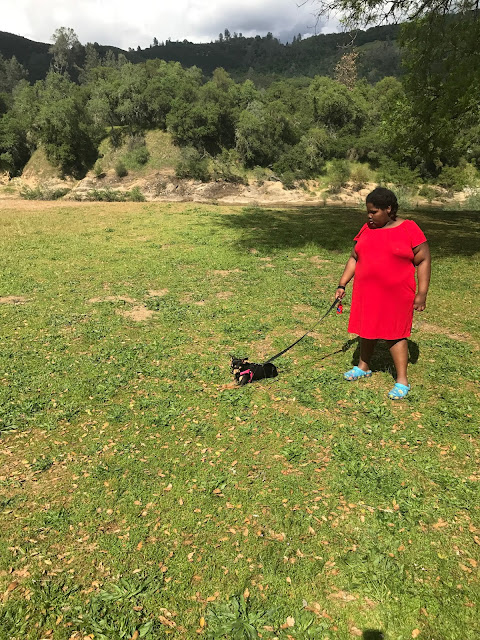 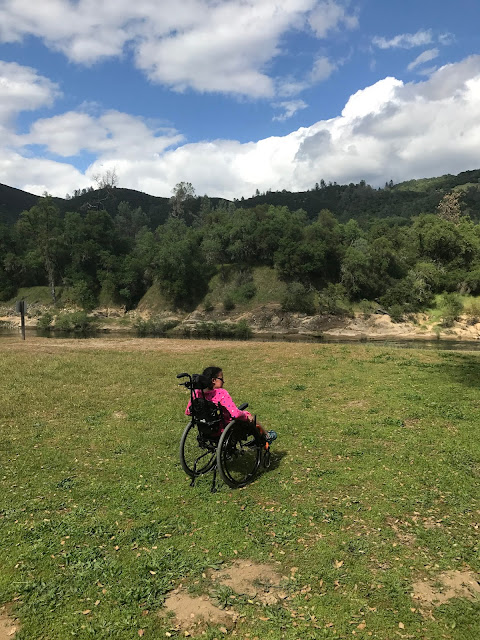 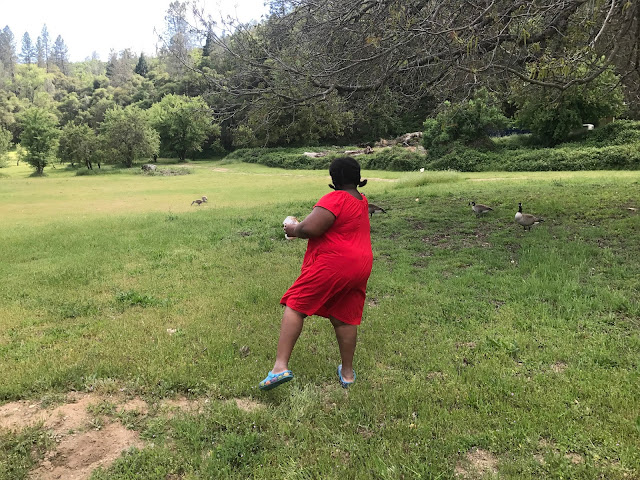 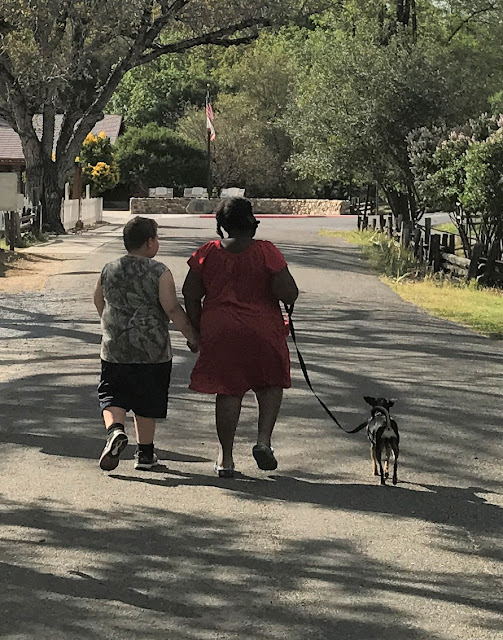