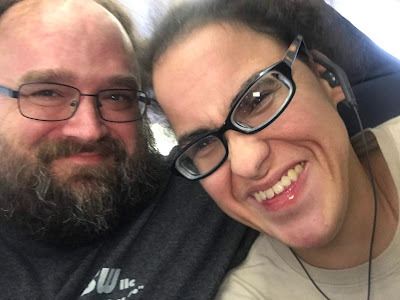 It's no secret to those who know us that we love Southwest Airlines and they love us back pretty good. We started flying Southwest years ago because of their outstanding service towards Kellisa and really the whole family. I lost track of how many segments Kellisa has flown long ago, but it's safe to say she's flown Southwest at least 400 if not 500 times and they've never let us down. Not even once in all those years and flights. If anything, they've gone beyond too many times to count.

But, this post is really about Delta Airlines. I fly Delta a decent amount for work, enough to where I get seat upgrades on probably 50% of my flights, but far from their top frequent flyer status. The most I've ever flown Delta in one year is 80 something segments. Kellisa flew Delta a few times when she was little without incident, but until recently, there was a gap of probably close to 15 years between flights.

Flash forward to June 2019, we are working on our book and had a need to fly Delta. I booked two seats together in Economy Class as close to the front of the plane as possible, row 11. Delta allowed us to board early which is always appreciated and I requested a transfer to an aisle chair because it's too hard to carry Kellisa back to the 11th row. 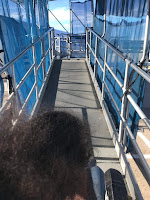 As I handed the gate agent my ticket, I heard the familiar sound of being upgraded with the printing of a new ticket. I need to sit next to Kellisa and was just about to start explaining our situation when Kellisa's ticket was scanned and she also received an upgrade. Just like that, we were both upgraded. We don't need first-class, but it sure was nice and easier than row 11. On our second flight, we were upgraded again, this time from row 22.

Besides upgrading our seats, the gate agent also gave us a really cool tag (picture below) for Kellisa's wheelchair.

In the end, we can't speak highly enough about Delta and look forward to flying them again in the future. In fact, shortly after returning from this trip, we booked another trip on Delta! 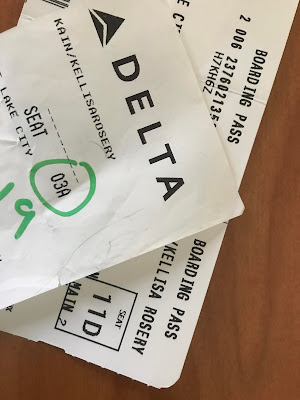 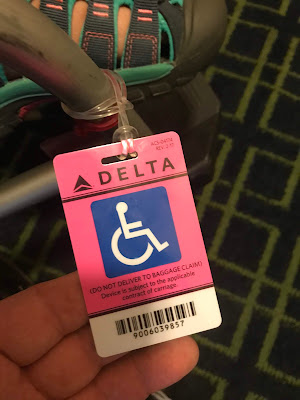 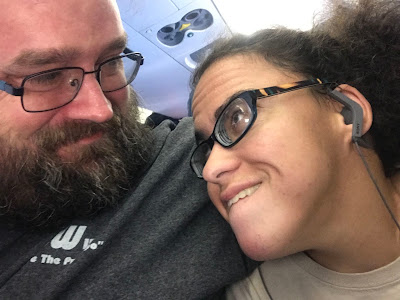