"They were born alive".

Most new fathers probably take for granted that their baby/babies would be born alive. I did not have that luxury, so hearing those words as the doctor ran by me in the hospital hallway were the greatest words ever spoken to me.

The best doctors in Chicago prepared us for the worst, if Kellisa was born alive, they said she would live no more than a couple of hours. ﻿Kirsten was the healthy twin. The girls were born 9 hours and 21/22 minutes into the 25th week of gestation by emergency c-section. The situation was such that the doctor was willing to start the c-section without anesthesia. Fortunately for Lisa, the anesthesiologist arrived just in time. The minimum for any baby to survive is the 25 week point. It was obvious the girls were on the edge of life, but they were off to a good start.

Both girls made it through their first night. Unfortunately, Kirsten's blood vessels weren't developed enough to survive outside the womb and she passed away on May 24, 1999. Devastated and heart broken don't even begin to describe the feelings of losing a baby. Kirsten was suppose to be the healthy girl and she was gone. A few feet away, Kellisa was fighting for her life and we had to find the strength to be supportive for Kellisa. We needed Kellisa as much as she needed us. 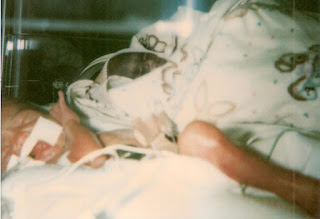 Kellisa's birth weight was 2 pounds and 1.33 ounces. Lisa's hand inside the incubator to provide a perspective of Kellisa's size:﻿ 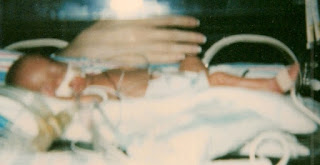 Kangaroo-therapy is the practice of holding premature babies with skin to skin and heart to heart contact with the mother and father. Even though Kellisa was extremely unstable and fragile, we began kangaroo-therapy within a week of Kellisa's birth. One afternoon as I was enjoying a kangaroo-therapy session, the alarms went crazy indicating that Kellisa stopped breathing. This happened fairly often and you get to the point where it doesn't worry you too much because you would just flick Kellisa's foot and her breathing would always start back up and the alarms would stop. This time was different, Kellisa coded and doctors and nurses scrambled from every direction to work on reviving Kellisa. It took 45 minutes to stabilize Kellisa enough to move her off my chest and return her to the incubator.


Kangaroo-therapy with dad and mom:﻿ 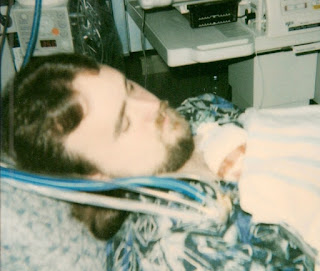 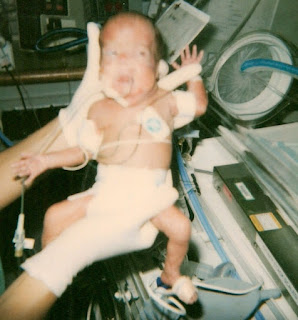 When Kellisa was less than two weeks old, she needed her first surgery. Kellisa was born with a PDA, a congenital heart defect where her ductus arteriosis did not close after birth and needed to be corrected with surgery.


The red arrow points to the scar on Kellisa's back from the PDA surgery:﻿ 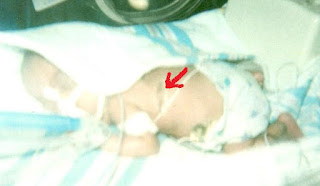 Kellisa was born with hydrocephalus, a build up of fluid inside the skull. We knew Kellisa would need a shunt placement to help drain this fluid, but the neurosurgeon wanted Kellisa to weigh a minimum of 4 pounds and 6.54 ounces before attempting the operation. Towards the end of July, Kellisa was getting close to the target weight. 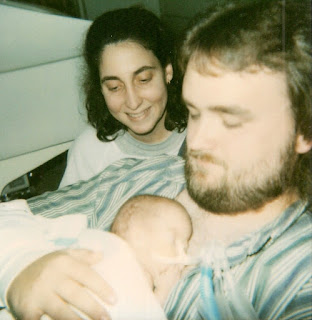 The pressure was building up inside Kellisa's skull and her head was increasing in size everyday. At 4 pounds and 3.02 ounces, the neurosurgeon decided we couldn't wait any longer and a V-P Shunt was placed.

The shunt was placed at the back of Kellisa's head and a tube runs down to her stomach where the excess fluid is drained and reabsorbed by the body. Two bandages are over the shunt site and where an incision was made to make sure the tube was correctly placed in her stomach area: ﻿ 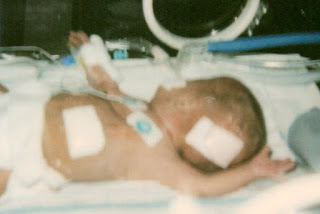 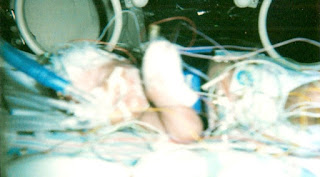 August 10th, Kellisa sleeps in an open bed on a nasal cannula:﻿ 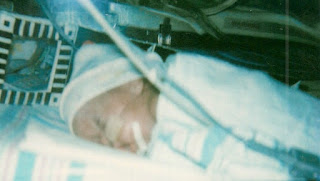 If you look closely, you can see the scars from Kellisa's shunt surgery:﻿ 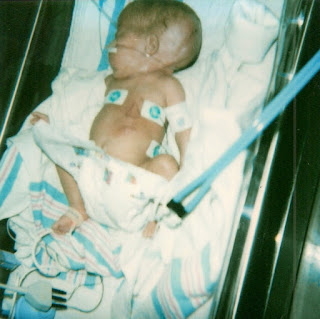 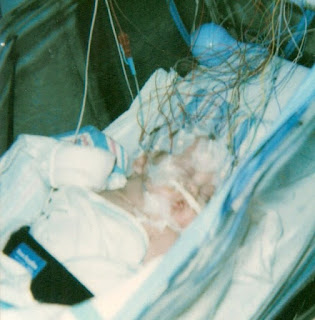 August 19th, for the first time, Kellisa does not have tape on her face: 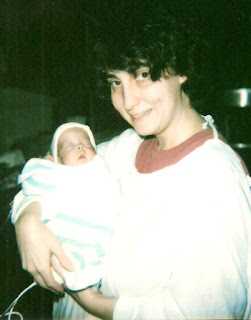 August 28th, Kellisa is not enjoying her first real bath: 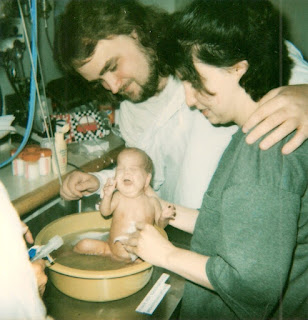 Kellisa would spend 16 weeks and 1 day in Rush Medical Center (formerly: Rush-Presbyterian-St. Lukes Medical Center). Lisa spent every night, except for a couple, sleeping in the hospital. I averaged 4-5 nights a week also sleeping in the hospital. We basically moved in to the hospital to be close to Kellisa and encourage her as she fought to survive. I credit Kellisa's toughness and determination as the main reasons she survived, but I truly believe our constant presence, love and support also played a roll.


Just down the hall from Kellisa, this is the room we called home for 113 days and lived out of the black and yellow backpack on the floor: 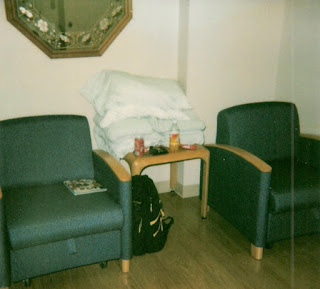 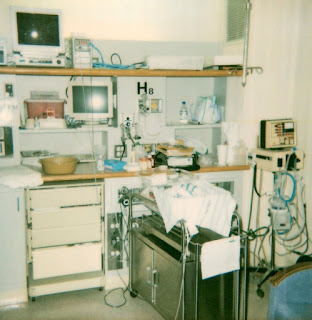 Kellisa would finally be released on September 13th. The discharging doctor was the same doctor that told me the girls were born alive. I asked the doctor if he thought Kellisa would ever go home back on May 23rd. This is a doctor who works in a Neonatal Intensive Care Unit that takes care of 90-110 babies at any given time, so his experience and opinion is beyond question. He responded that he never would have thought this day would arrive. If we would have asked for odds back in May, he would have given Kellisa a 5% chance of ever going home...just to give us a little hope.


Kellisa was still on oxygen and multiple medications, but was finally going home on September 13th:
﻿ 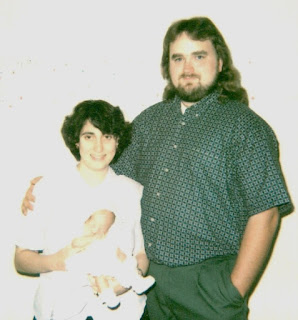 The final approval was granted when Kellisa was fitted in her car seat with the help of a nurse and several hospital towels:
﻿ 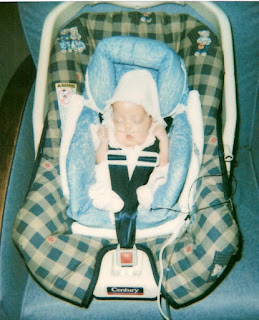 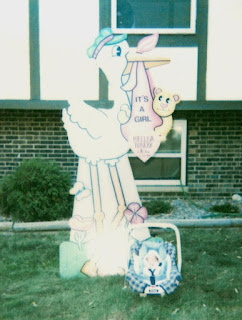 Kellisa sleeping in her own bed for the first time: 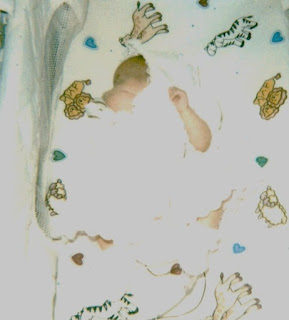