September 30, 2011
﻿After school and before baseball, Kellisa attended a TGIF Dance at her school and had a blast:

﻿
Kellisa went straight from the dance to her baseball game. Kellisa had to change into her Marlins uniform in the back of the van. The city installed lights over the summer and this was the first night game ever for the Jacksonville Miracle League. Still pumped from the earlier dancing, Kellisa wheeled around the bases in record time on her second at bat of the evening. This earned Kellisa one of the two MVP awards after the game. 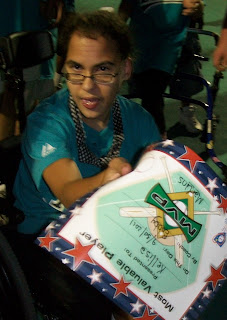 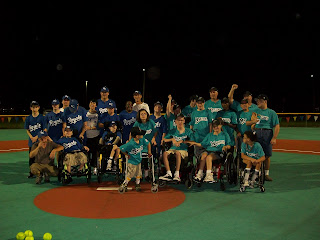