The Research Reserve's 73,000+ acres are within a half hour of our house. We visit the preserve at least once a year as part of the park borders the Atlantic Ocean and is the sight of our yearly Christmas pictures. The upland portion of the park contains many miles of trails. On this beautiful December afternoon (59F and mostly sunny), we would pushike approximately 6.5 miles. 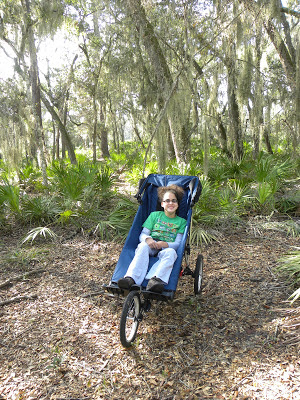 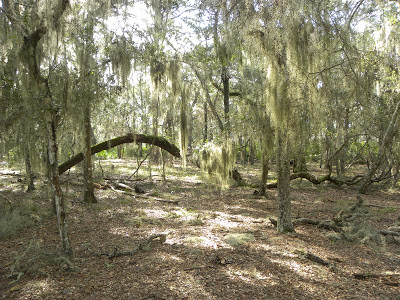 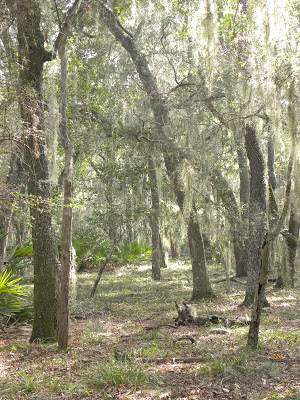 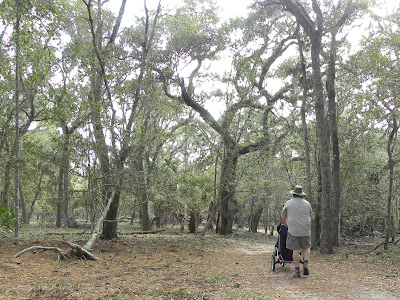 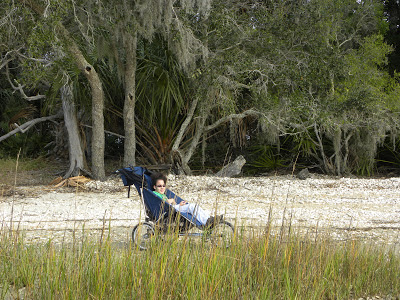 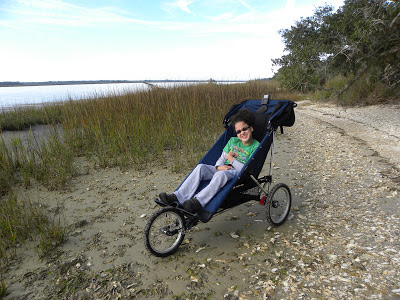 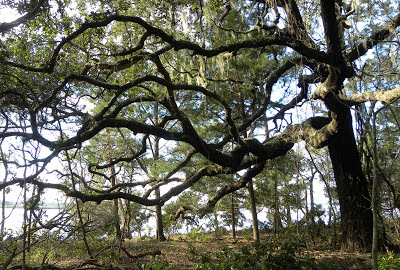 We were pushiking a long loop trail and shortly after the picture below, we passed two men on the trail coming from the other direction. They stopped to warn us that the trail in front of us was impassable and they strongly recommended we turn around. They explained that the trail was flooded and that they had to detour through dense forest to get past the wet areas. I thanked them for the information and we all went on our way.

I never thought about turning around. Not because we were already 5 miles into our loop hike or the possibility that the men were trying to lure us deeper into the forest for unknown reasons. I pushed ahead because I was hoping to cap the hike off with a little sludge. I was just hoping I would be able to push Kellisa through while keeping her dry and not dropping the camera or Ipod in the water. 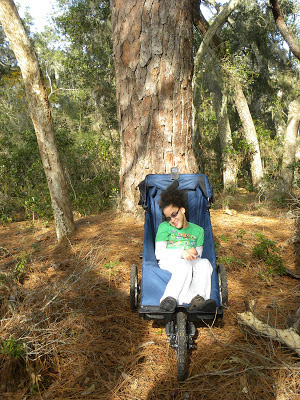 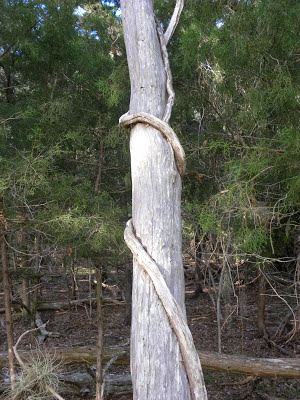 The men were correct, the trail was flooded: 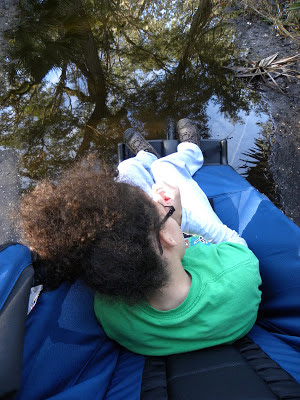 The dense foliage would make pushing Kellisa around the obstacle impossible: 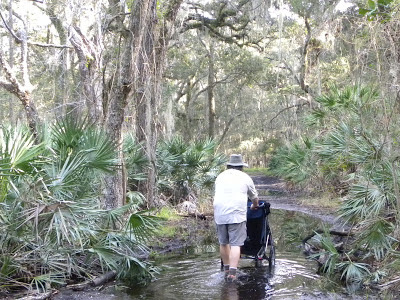 Kellisa was giggling the entire way: 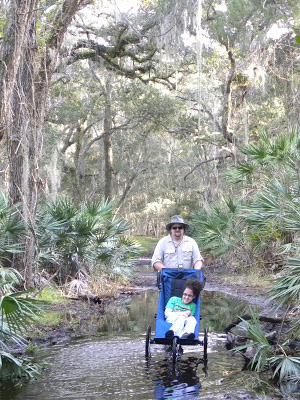 The Freedom Push Chair handled the challenge and we didn't even have our "off-road" modified tires: 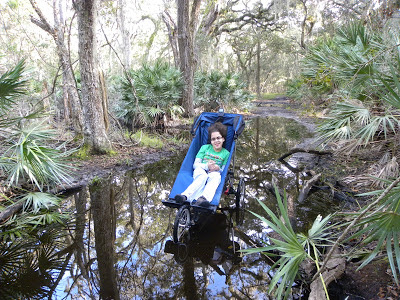 One pair of boots stayed dry: 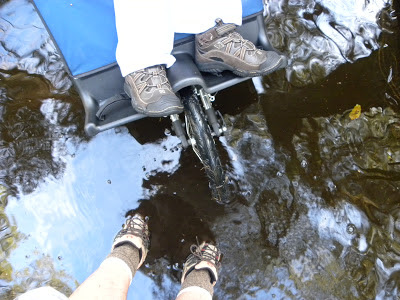 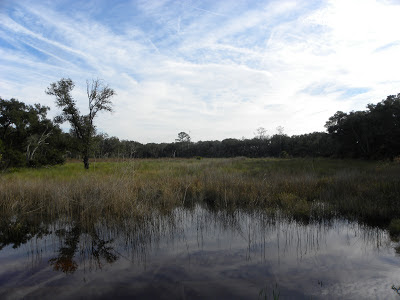