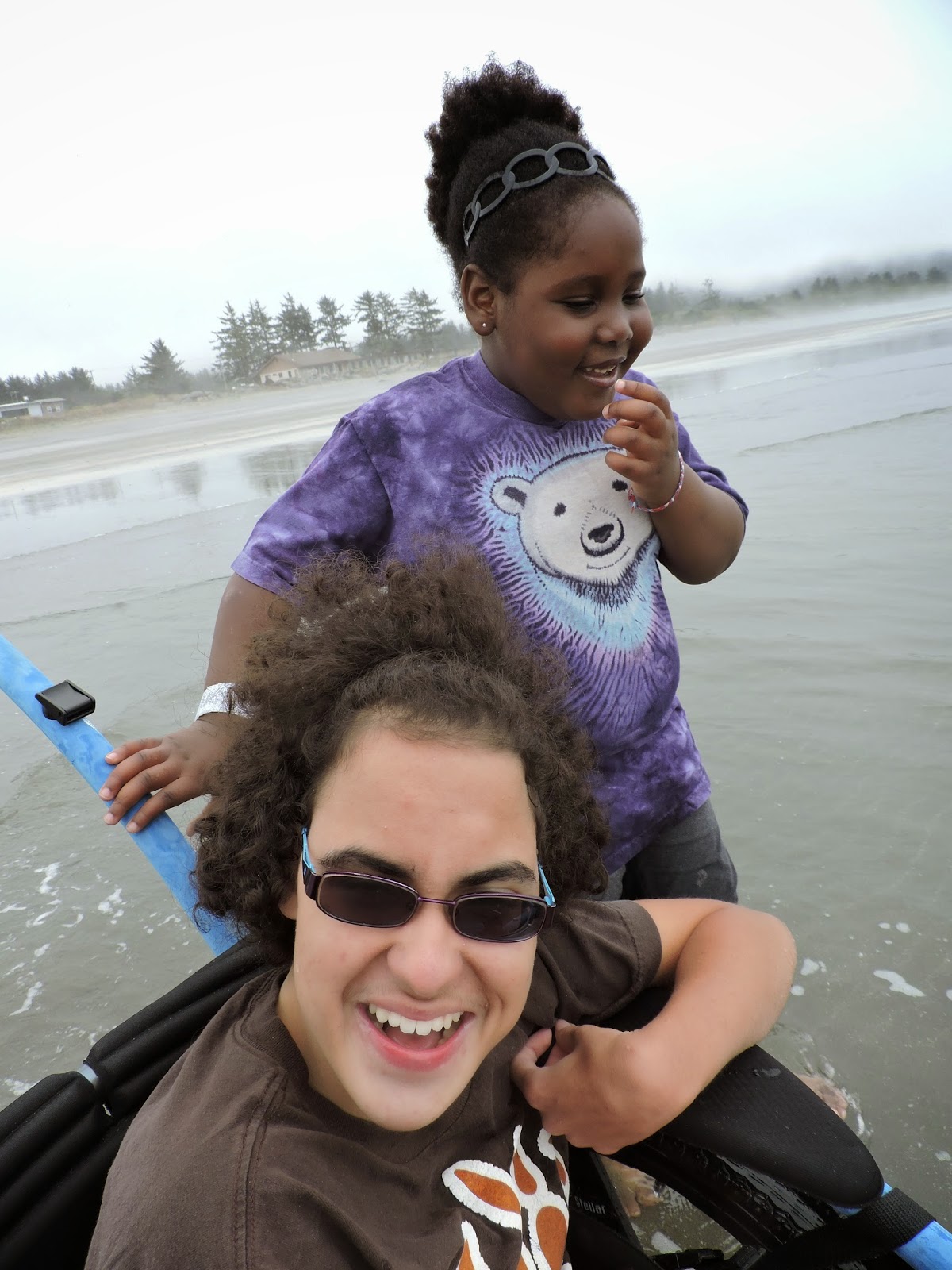 We continued north along the Northern California coast with an early morning stop at the Crescent City Beach. This was Laurel's first time trip to the Pacific Ocean and Kellisa's second, she visited Cannon Beach in Oregon back in 2009. I was pleased with how well the Hippocampe rolled through the sand and water.
The water was cold, but Laurel still wanted to swim and was very disappointed that I wouldn't let her because we were warned of deadly rip currents in the area. After leaving the beach, we spent the day hiking. Both girls had such a great time that we stopped back at the beach later that day on our way back to our campsite.
(More pictures of the girls loving the Pacific)﻿
Email Post
Labels: CA Cannon Beach Crescent City Beach Hippocampe Pacific Ocean