Our family grew by one when we flew down to Ontario, CA to pick-up Evie, a Miniature Pinscher/Basenji mix. Lisa found Evie at a rescue in Hesperia, CA. We got very lucky that Lisa found Evie online shortly after her photo and information was posted and we were the first family to submit. Fortunately, our application was accepted.

We spent a couple of hours getting to know Evie before everyone felt comfortable. There were two spots to sign the paperwork and after Lisa signed, we let Laurel sign as she promised to love and take care of Evie. We decided to drive home instead of flying since we didn't know how Evie would travel. Kellisa and Laurel loved having Evie in the back seat and I think Evie enjoyed all the attention!

We decided to take the scenic way home through Owens Valley on the eastern side of the Sierra Nevadas. Our first stop was after two hours at a small, rundown gas station in the middle of the desert. Kellisa stayed in the car, while I went inside to buy some drinks and snacks. Laurel took Evie for a short walk and Lisa watched from a distance. Just as I was about to pay, I heard Laurel screaming like I've never heard before and when I stepped outside, I saw her crying and holding the leash. You might have guessed, Evie was not on the other end of the leash.

I looked to the south and saw Lisa running across the desert about 100 yards away. I told Laurel to stay at the car with Kellisa and I went running in Lisa's direction. After sprinting maybe 30 yards, I saw Evie running out of the brush towards Lisa. At this point, I could hear Lisa calling Evie and she ended up returning and Lisa was able to pick her up.

Lisa yelled that she dropped her purse in the parking lot as she took off after Evie, so I went back to pick it up and meet Laurel and Kellisa back at the car. Laurel was hysterical. She had been begging for a dog for years and promised the world if we would just get a dog and she was convinced that her opportunity was lost after just a couple of hours.

Everyone settled down once Lisa got back to the car and we figured out that Evie wiggled herself out of her collar. All of our hearts were beating rapidly, but I was able to put her collar back on after adjusting it a little tighter.

We stayed in a dog friendly hotel in Bishop, CA and we all agreed that this beautiful little mountain/desert town would be worth a return trip for an extended weekend sometime. Evie did great for the entire drive back home. We even drove through a small part of Nevada as we had to zig and zag to find a mountain pass open so we get home on the western side of the Sierra Nevadas. In less than 24 hours as part of our family, Evie took a walk in two states. I'm afraid of where this might go in the future as some people suggested we would have to start our visiting all 50 states over with Evie.

We got back to Roseville and stopped at the pet store before going home. We needed to buy a collar that Evie couldn't wiggle out of, a bed, and some food. Once home, Evie was nervous but settled in on one of our sofa pillows. She eventually found her way to her bed and after a long two days, she was more than happy to retire with Laurel to her bed where they both passed out in uneventful sleep! 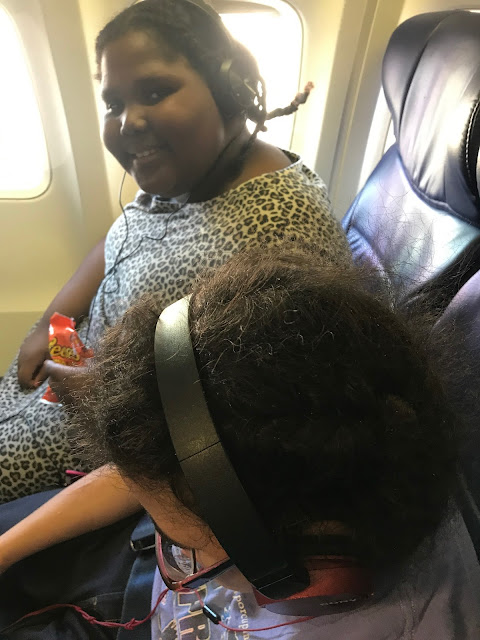 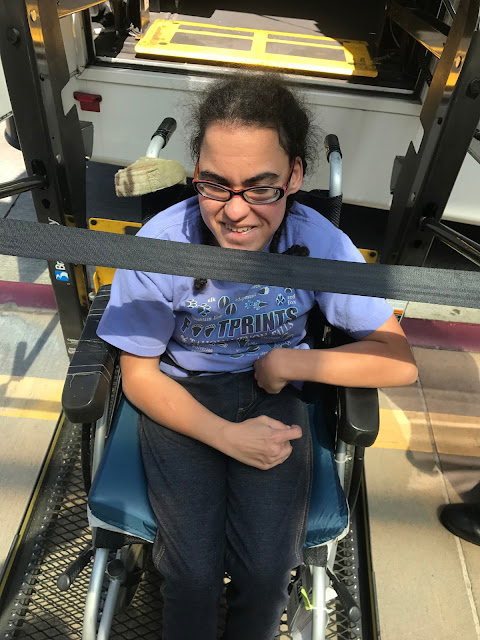 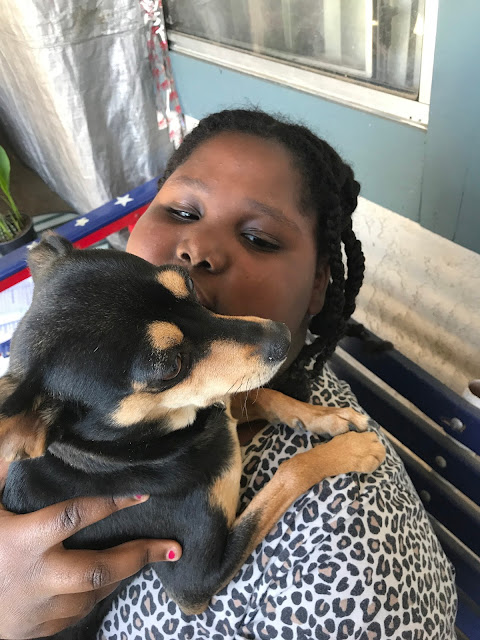 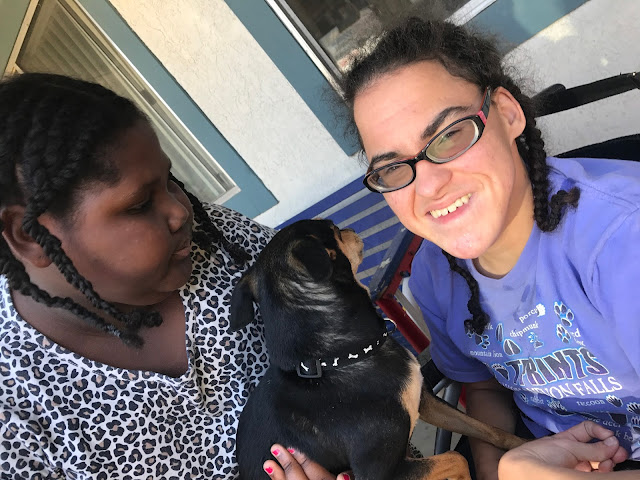 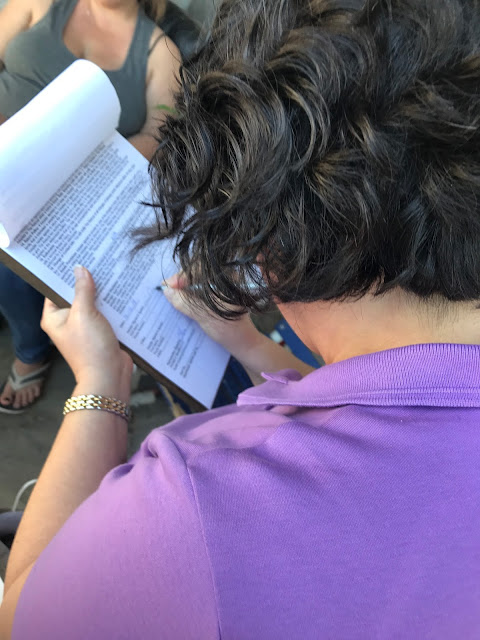 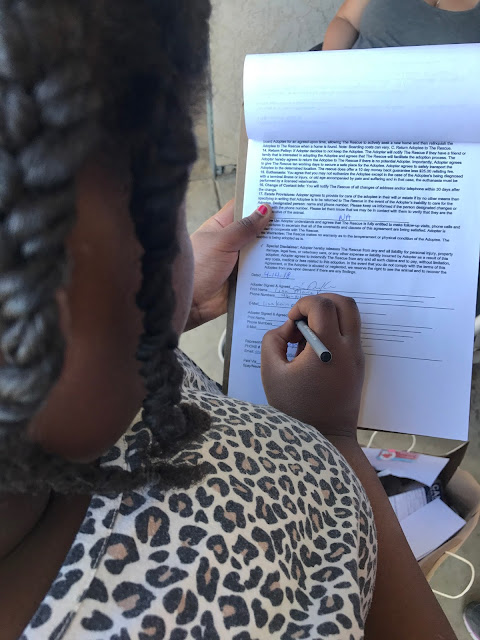 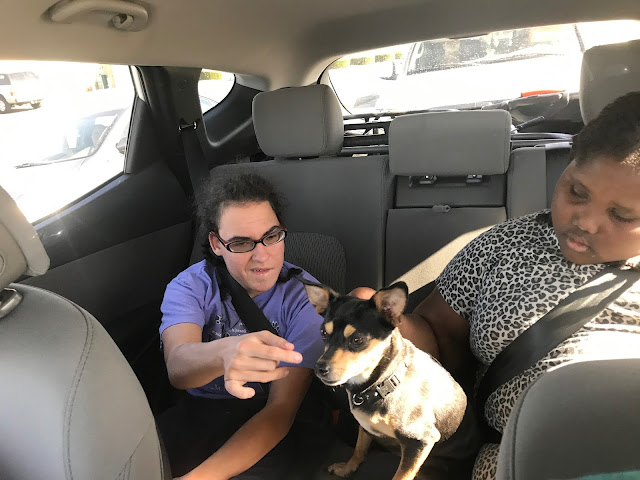 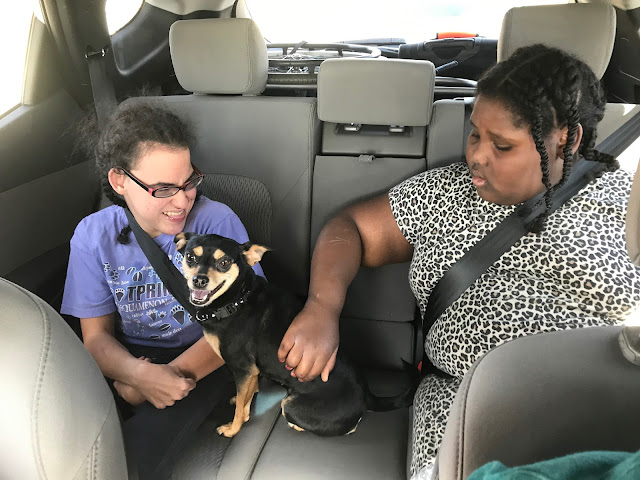 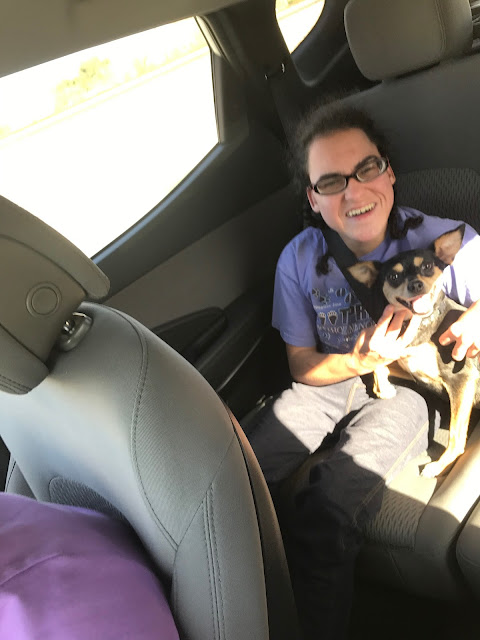 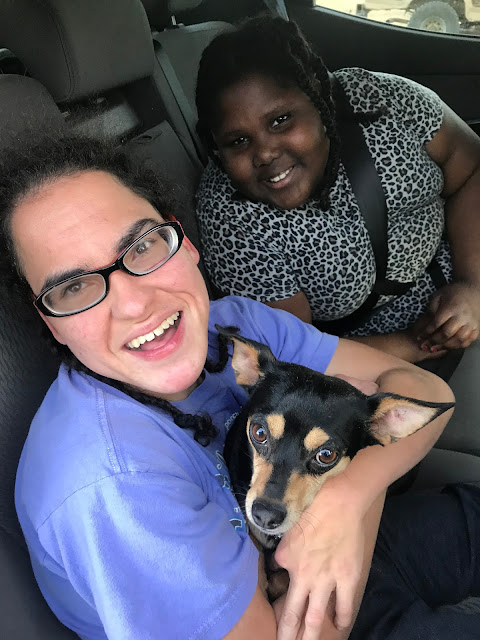 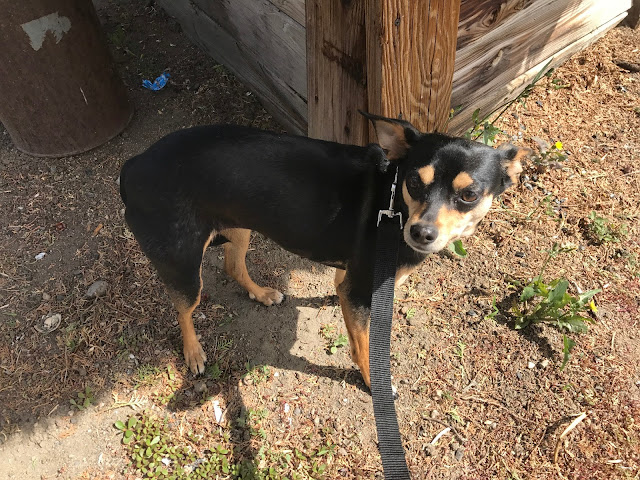 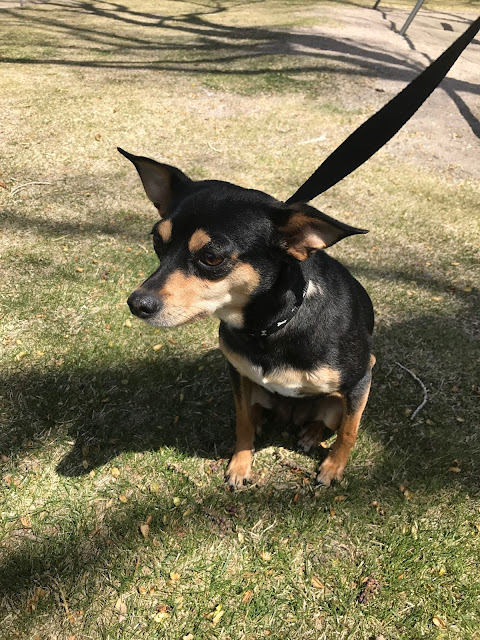 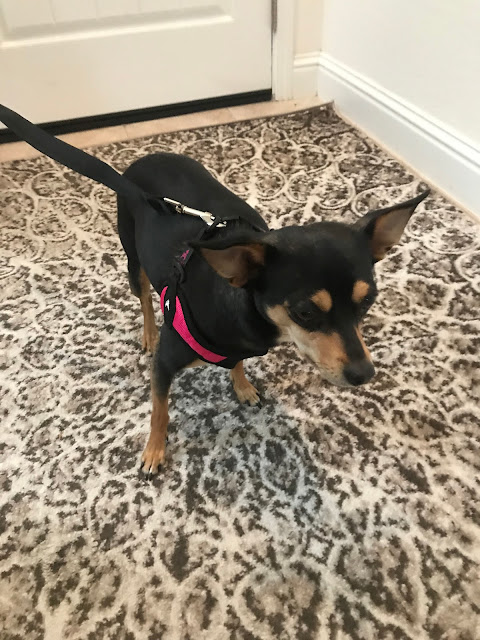 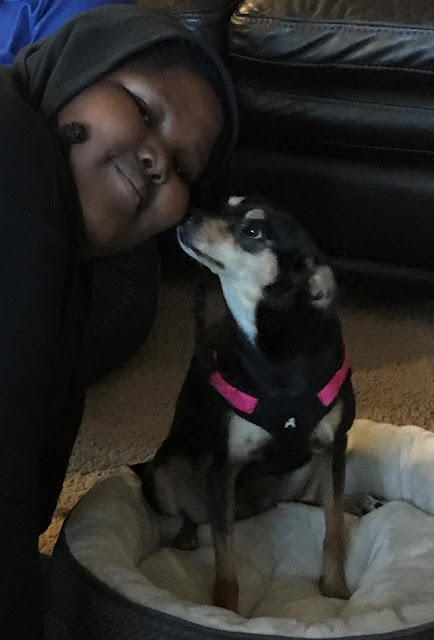 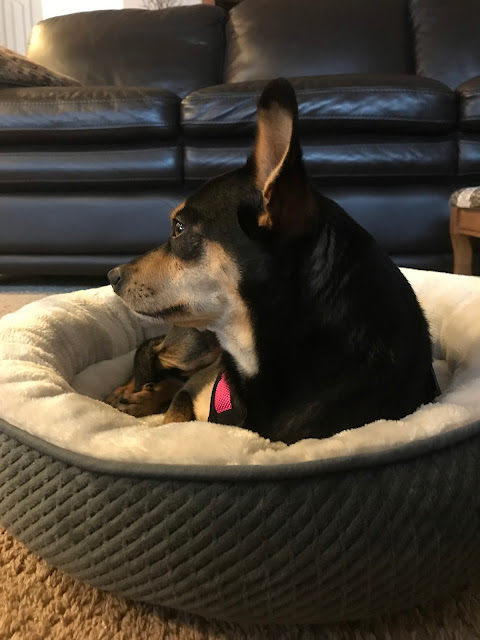 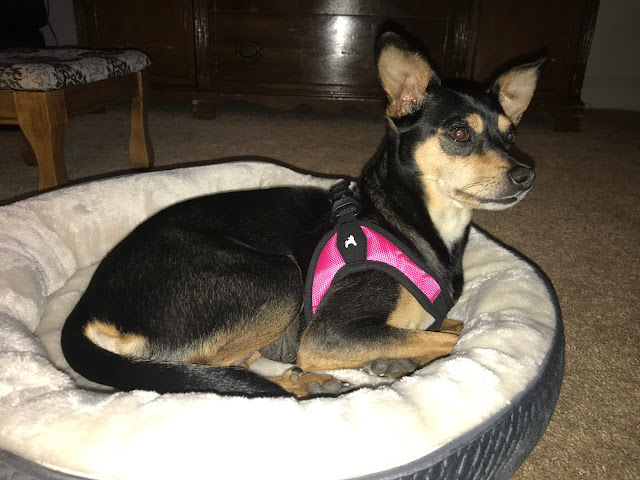 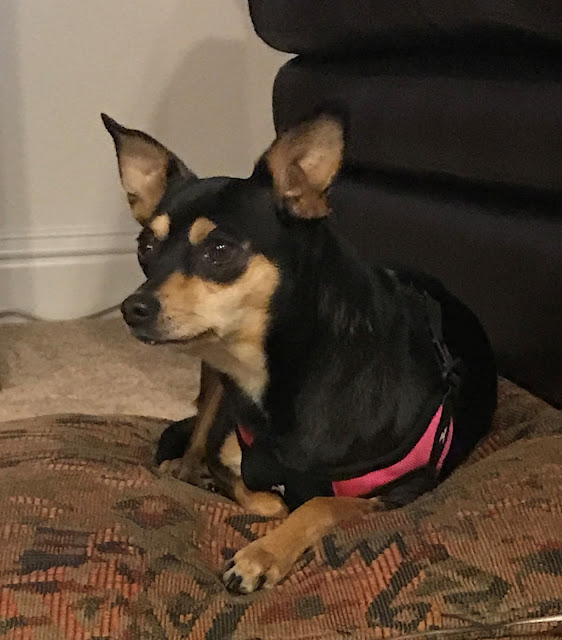 Why sleep in a nice new dog bed when you can sleep on a 20-year-old sofa pillow? 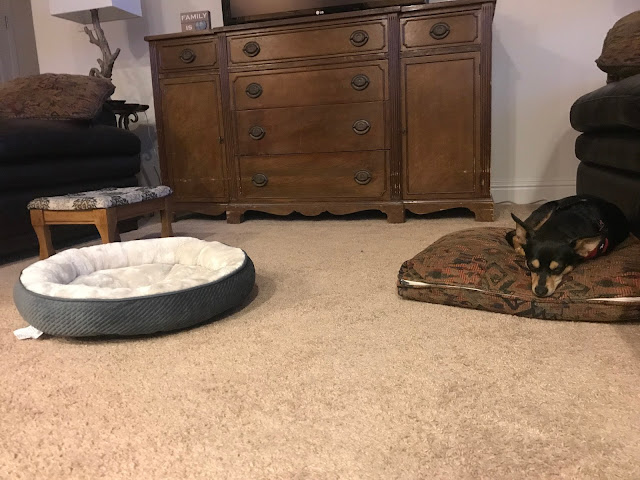 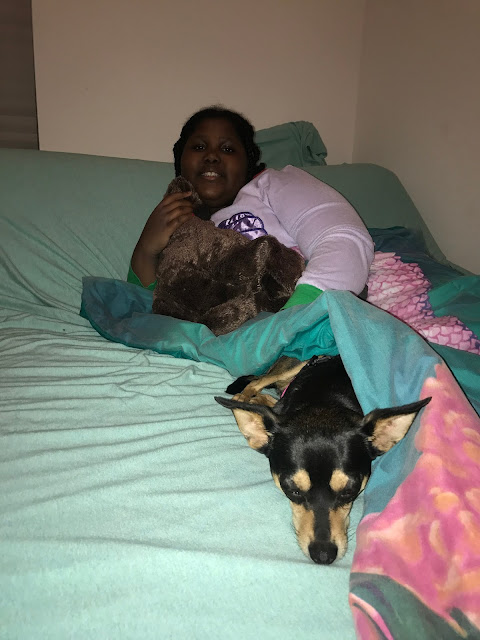