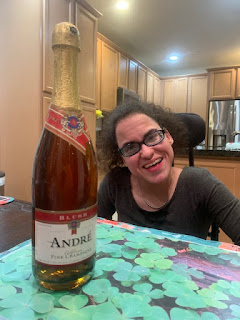 Kellisa's first sip of alcohol on her 21st birthday came from a bottle of champagne we bought on December 31, 1998. We made the purchase with the intention to toast the new year with sips of the bubbly, but Lisa wanted to make sure she wasn't pregnant before partaking. The story is told in greater detail here. Long story short, that's the night we found out Lisa was pregnant (with Kirsten and Kellisa), so we never opened the bottle of champagne.

Lisa tried to take a video of me opening the bottle, but it wouldn't open. It might be me and my lack of experience or more likely, it was the old bottle making it difficult. After several attempts, I was able to pry the top off with little fanfare. There was no 'POP' with bubbling champagne spilling out as the kids had hoped. The bottle just opened. 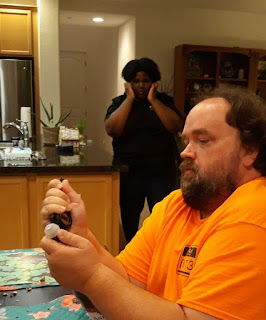 Lisa had the glasses spread out and I poured a small amount for Kellisa. It smelled horrible, but we toasted and with a huge smile, Kellisa had her first sip of alcohol. She was excited and swallowed her sip even though she let out a giggle. Lisa and I took our sips and it tasted horrible. Laurel had apple juice, but was afraid to take a sip because the smell in the air was making her ill and she was afraid she'd become addicted. We were very proud of her strength and sensibilities. We gave Kellisa a small second sip and then we poured the rest down the kitchen sink. 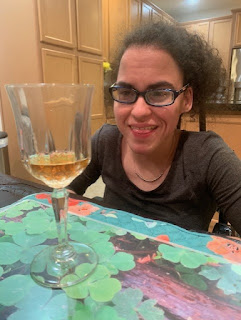 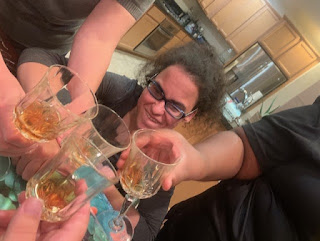 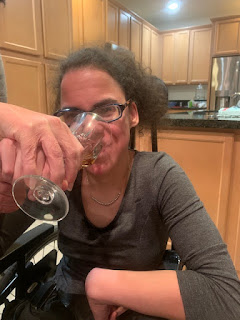 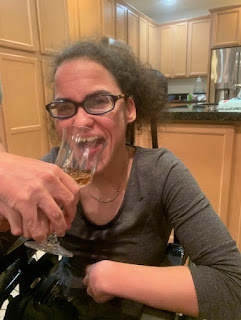 We built this moment up, but just a little and that was great since it was so anti-climactic!

We can say Kellisa had alcohol on her 21st birthday, so we do consider it a success.

Kellisa's friend Jenny from Jacksonville turned 21 herself back in April and Jenny plans to take Kellisa out to purchase her first alcoholic drink together once she can travel safely to California. Hopefully, we will have a better story to share of Kellisa's 2nd alcoholic drink!