A lady came running at us from the side while pushing an airport wheelchair filled with carry on baggage as Kellisa and I approached the wheelchair line at security. She almost crashed into Kellisa on her way to the front.

I kept my mouth shut because I already knew that TSA would just say that the disabled line is managed using the honor system and they can't question anyone about why they're in the line.

I was ready to explode and was hoping the woman was going to use the wheelchair on our flight because after running through the airport, I knew she would need to be wheeled down the jetway to board first. I've been known to call out "fakers" during the pre-board process because it embarrasses them in front of everyone that will be trapped on the same airplane with them and the airlines will always board Kellisa first, unless there's another real disabled person needing to pre-board. Unfortunately for us, she wasn't on our flight.

I snapped the following picture while still in disbelief. As soon as I heard the "click", I thought security would pounce on me for taking a picture in the security line, especially since they probably have a picture of me hanging in their office from previous outbursts, but nothing happened. 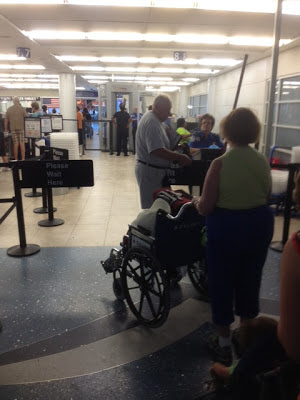 Kellisa didn't care because she was just happy to be at the airport on her way to a plane. One look at this face and I began to settle down. 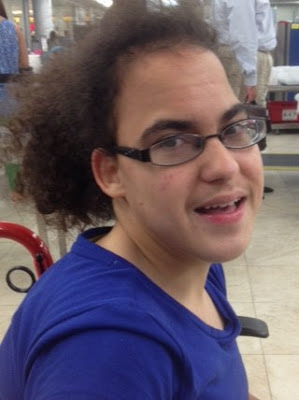