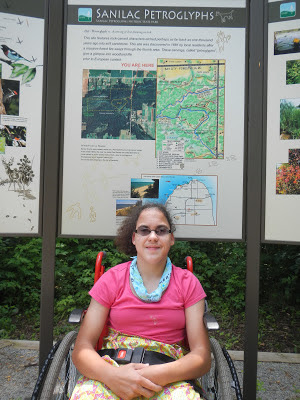 As you can tell by the way Kellisa is dressed and the chair we have, a hike to historic petroglyphs wasn't exactly planned. We were driving towards the airport when I saw a sign pointing down a rural road in Michigan for petroglyphs. I figured we could maybe spare 30 minutes and still catch our flight. We were glad we made the side trip that lasted just over an hour. We broke a few laws and needed a miracle (the flight was delayed 35 minutes) to catch our flight. 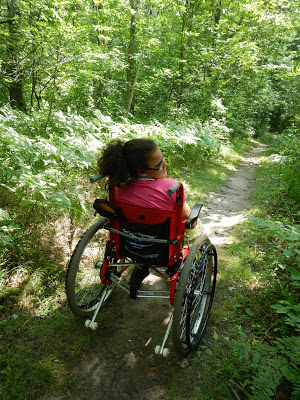 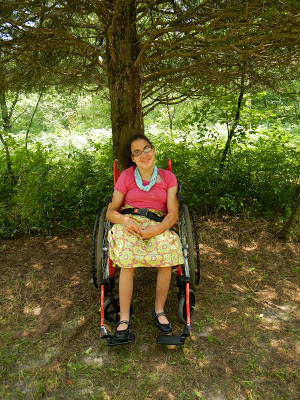 Sanilac Petroglyphs are the only known petroglyphs in the Lower Peninsula of Michigan left by Native Americans. The petroglyphs were discovered in 1881 after a forest fire exposed the rock. 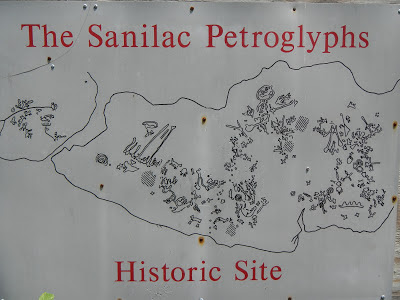 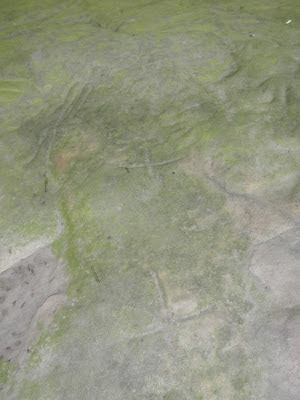 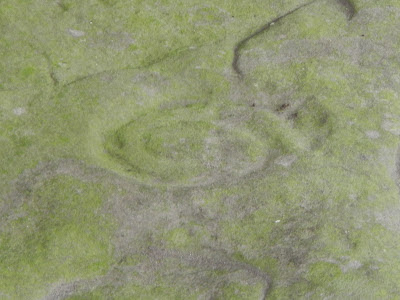 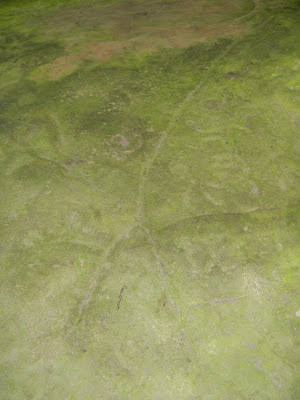 A warrior with a bow and arrow shooting wisdom into the future: 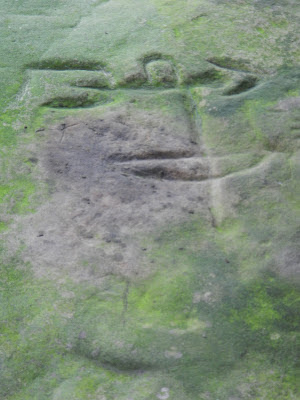 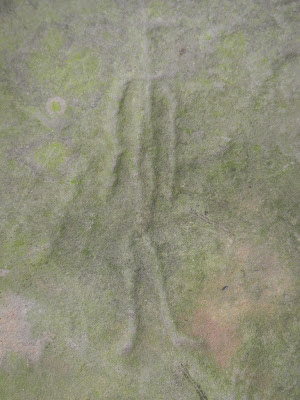 To protect the petroglyphs from vandalism and erosion, the rock is protected by a wooden roof and surrounded by a large fence with barb wire. We were fortunate to arrive when the site was open and two archaeologists were there to share their interpretations. 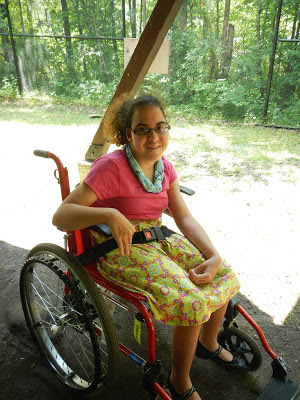