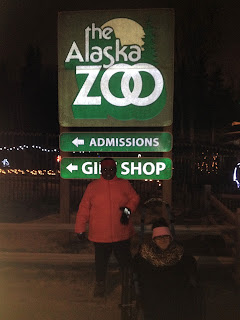 In late November, it's almost always dark in the final frontier state making it difficult to tell the time of day when outside. Our visit to The Alaska Zoo was in the evening, from 8 until 10pm to enjoy the start of the Holiday Lights season. It was just a few degrees below zero with a constant, but slight wind blowing which edged the wind chill factor to -12F.

In addition to the holiday light display, The Alaska Zoo is home to one of the state's most famous native residents which happens to also be Laurel's long time favorite animal- the polar bear. Finding the polar bear exhibit in the dark with falling snow at an unknown zoo was more difficult than we would have ever imagined. We wandered around through the natural setting of the zoo for nearly 30 minutes before we finally found the polar bear exhibit.

We were more excited than the bear who we found fast asleep. The sleeping bear didn't disappoint either girl as they withstood the freezing nighttime air to quietly observe the sleeping giant. Close to 10 minutes passed and neither girl would budge from their observing positions. We were the only ones watching the polar bear sleep. I tried to tell them that the bear would probably sleep until the morning, but we stayed a few more minutes anyway. Just as we they were ready to leave, the polar bear raised his head and looked right at us for a few minutes. Unfortunately, I only had my camera phone and wasn't able to snap a quality picture. The lights were nice as was the complimentary hot chocolate (which we found shortly after our visit with the polar bear), but the polar bear was by far the highlight of our evening visit to The Alaska Zoo. 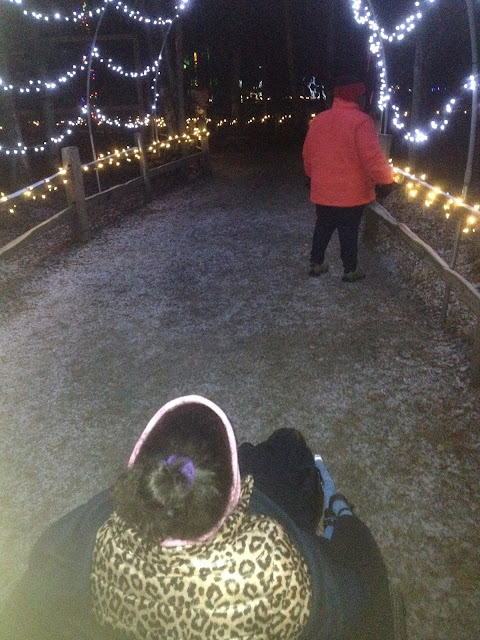 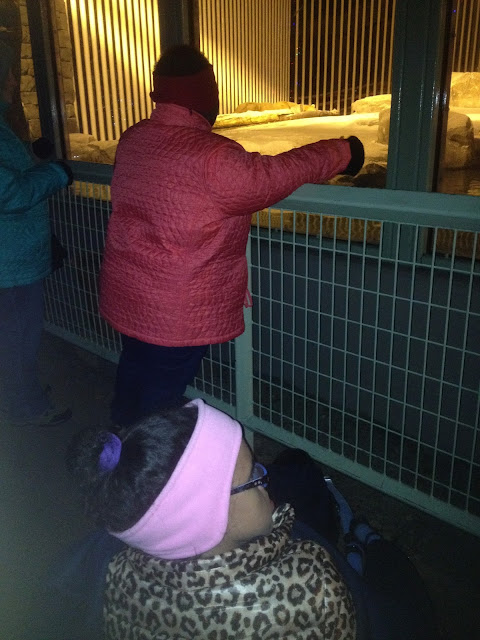 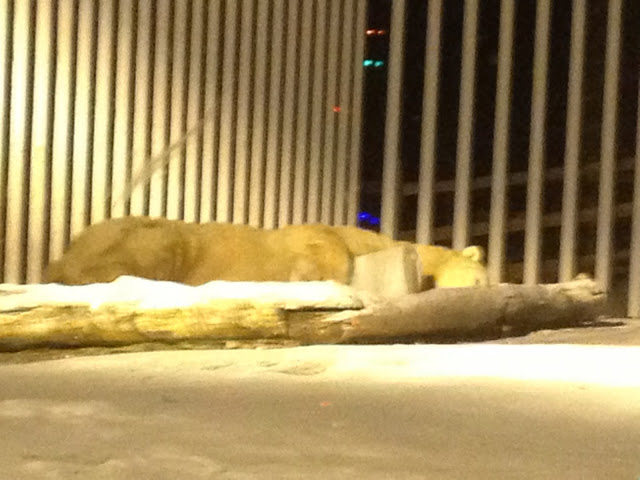 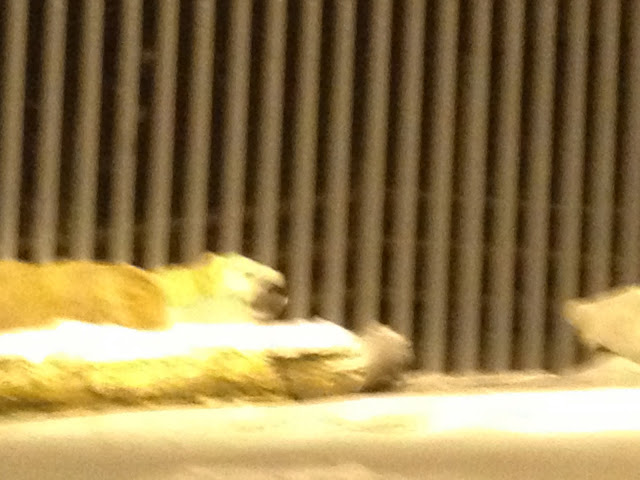 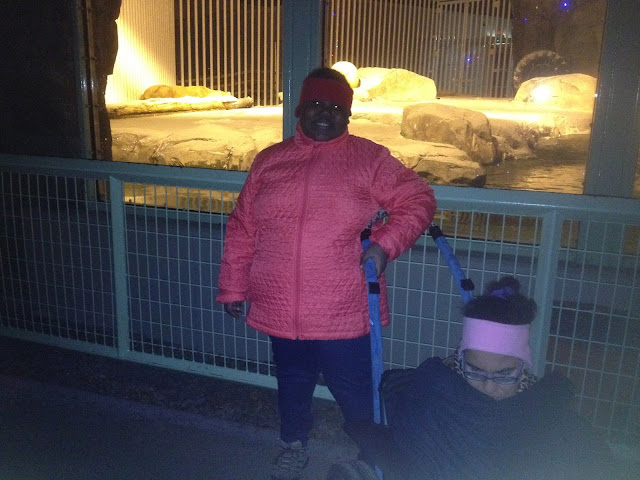 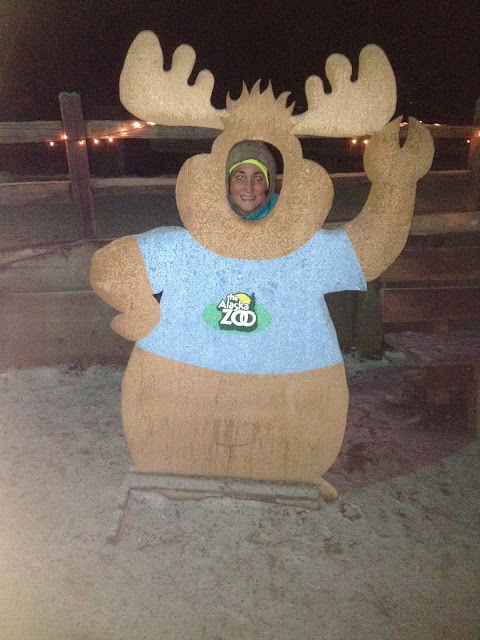 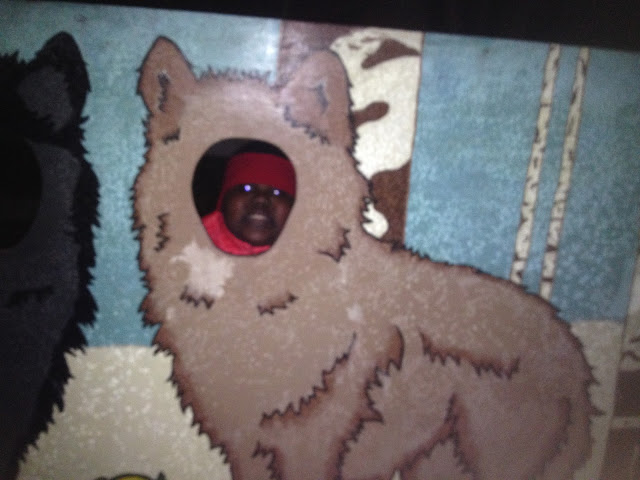 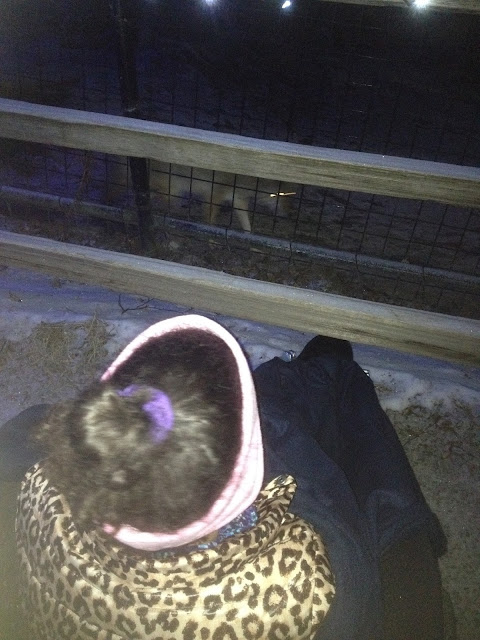 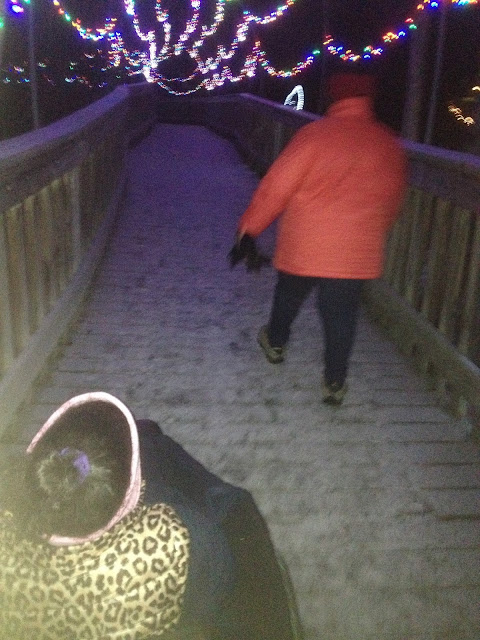 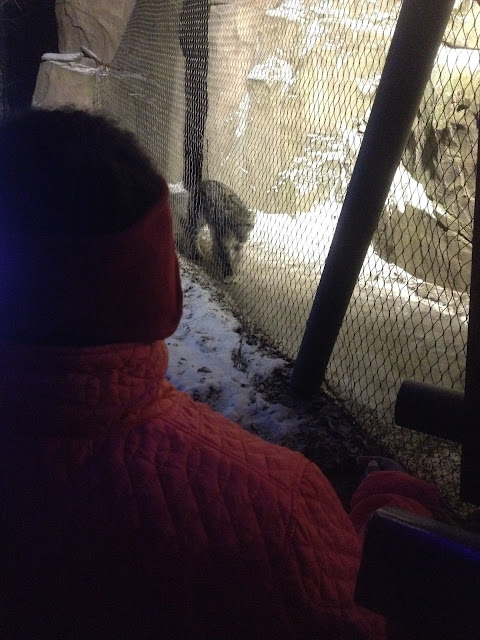 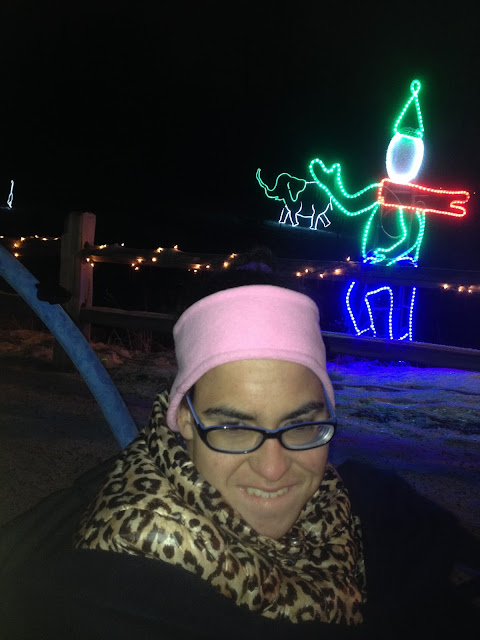 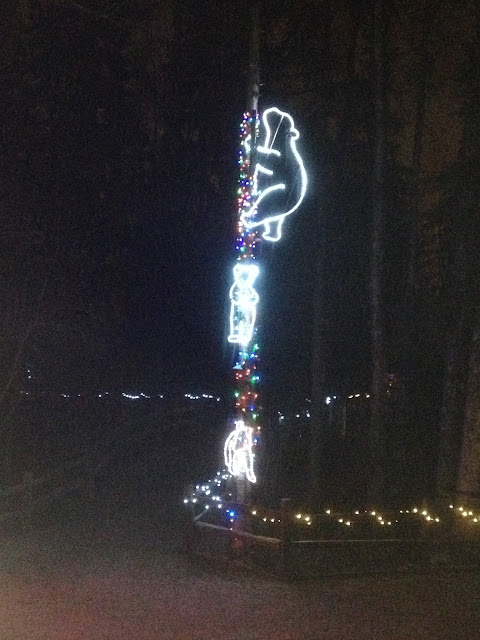 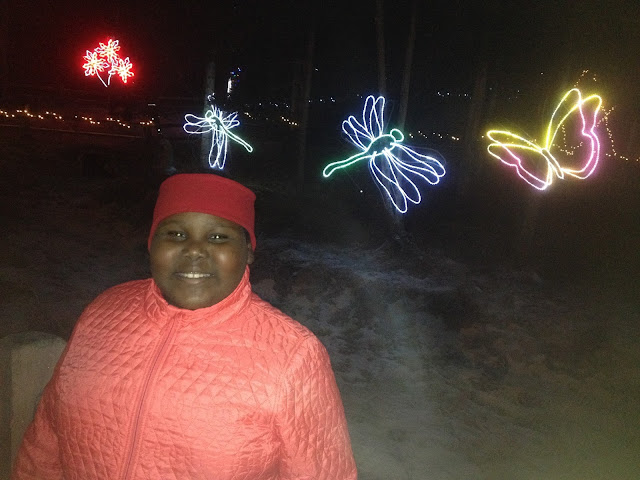 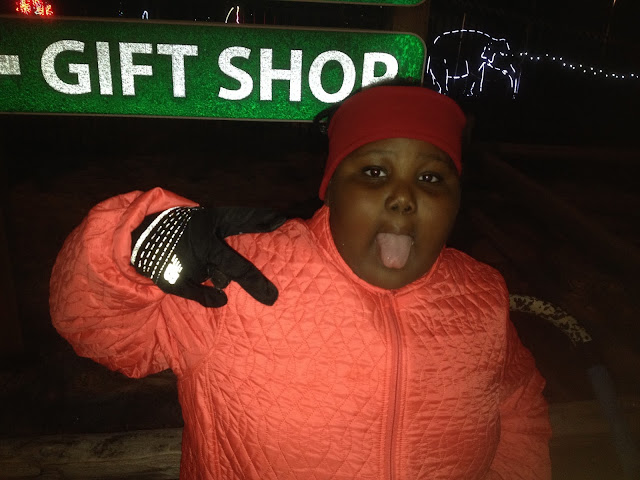