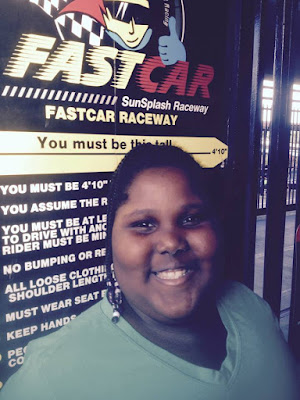 It is both a blessing and curse to live within walking distance of a waterpark, arcade, mini golf, laser tag, and a go cart track. The curse is that it can be seen just about every time we leave the house and 7-year-olds think we can just stop by at anytime for a quick visit. It was easy to avoid the park the last few months with all the rain, but the weather is finally getting nice and Laurel has been very anxious to try the go carts.

Kellisa has been a passenger in go carts over the years and loves the speed and wind in her face, but she's never gone around our "home" track. We decided that I would drive Kellisa while Laurel drives her own car. This would leave Lisa to take the pictures in this post from the viewing area. 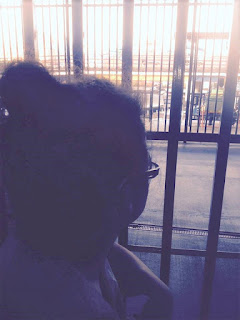 As I was purchasing the tickets, the guy behind the window asked if Kellisa was going to ride in a go cart. He was nervous and I answered, "Yes, she'll be my passenger".

But, he handed my debit card back and said he would have to talk to his manager. I asked why and he said, "You need to be able to walk to ride in the go carts".

I then handed him the card back and said, "She is riding the go carts and I will carry her".

He was shaking like a leaf on a tree, but swiped my card and handed me the receipt for two go carts. We waited in line and when it was our turn, I carried Kellisa to the car we were directed to use. It was awkward because I had to get Kellisa up and over a turnstile as I navigated through without being able to see. It all worked out and I got her in her seat and seat belted in without anyone stopping us.

Laurel did amazing. She put her foot on the gas and never let up. She took it very seriously and never bumped anyone or anything as she raced around the track. When it was over, she asked Lisa, "Does this mean I can drive your van?"

I use this space to complain and raise awareness since so many people discriminate against Kellisa and I almost had a story when we were first told that Kellisa needed to be able to walk. However, I got a story at the rare end of the spectrum to share.

Kellisa and I were the first go cart back in the pit area which meant we were the farthest from her chair. This meant a long walk back towards the turnstile and I was picturing dodging the next group of drivers as they ran towards their go carts.

After I picked up Kellisa and turned around, I saw her wheelchair. It was right there waiting for us just behind our go cart. A man in line had wheeled it all the way to make our lives easier. I thanked him as I easily transferred Kellisa to her seat. We couldn't leave through the regular exit because it was too narrow, so we were directed back towards the entry gate where the turnstile was removed for Kellisa's chair.

The kid working the track had held back the next group of drivers as we made our way back. The waiting riders were in a narrow line between a bench and iron fence. There wasn't enough space to squeeze through and I was telling the kid that we could wait until everyone passes. Before he could answer, I saw a lady directing everyone to hop up on the wooden bench to make way for us to pass. At least 15 people followed her orders and it was very refreshing to watch a large group of strangers balance on a thin piece of wood to make our lives a little easier. I felt like I was pushing a queen as we passed and everyone greeted Kellisa with a smile.


Lisa's pictures of the action: 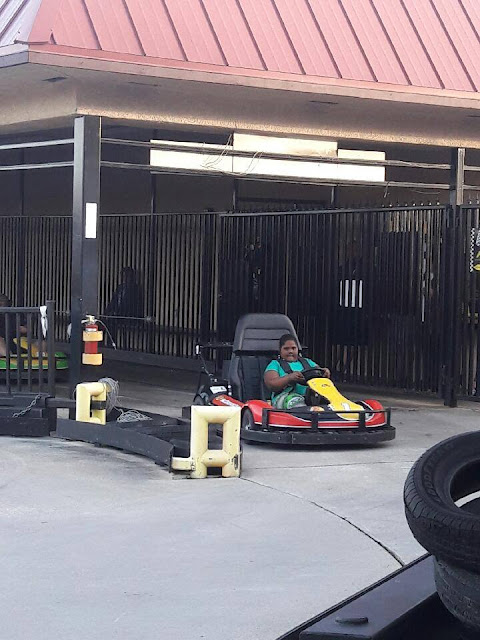 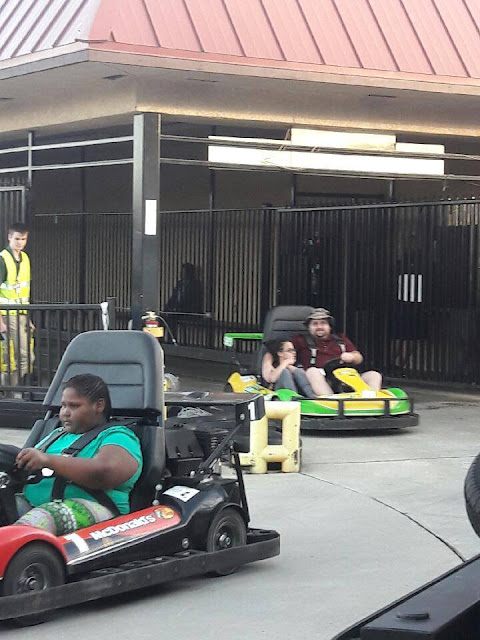 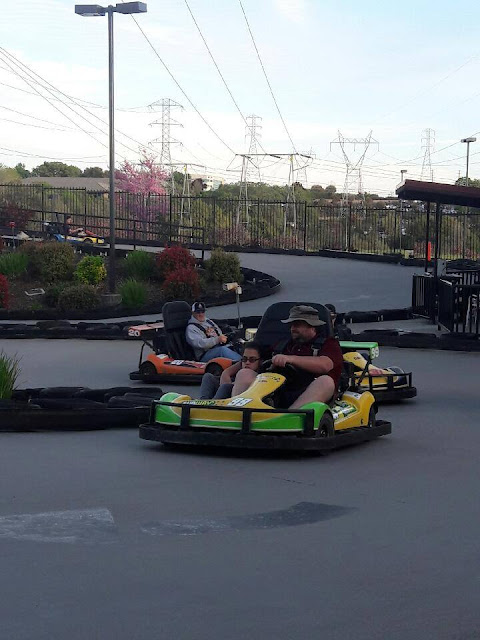 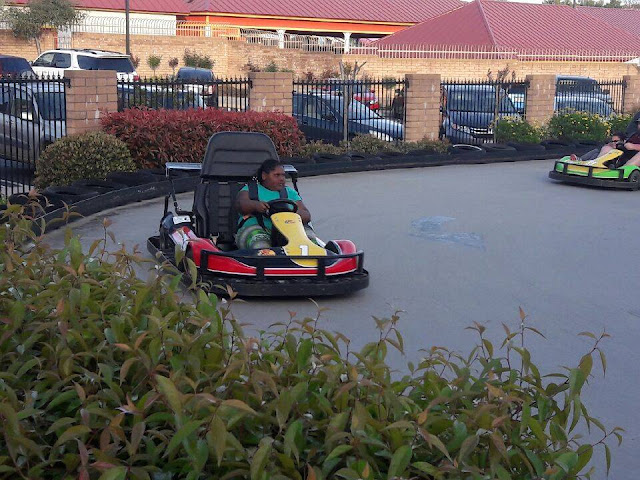 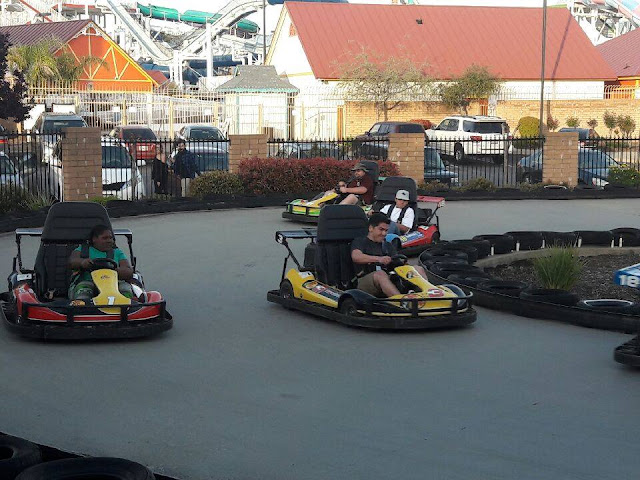 We celebrated with dinner at IHOP: 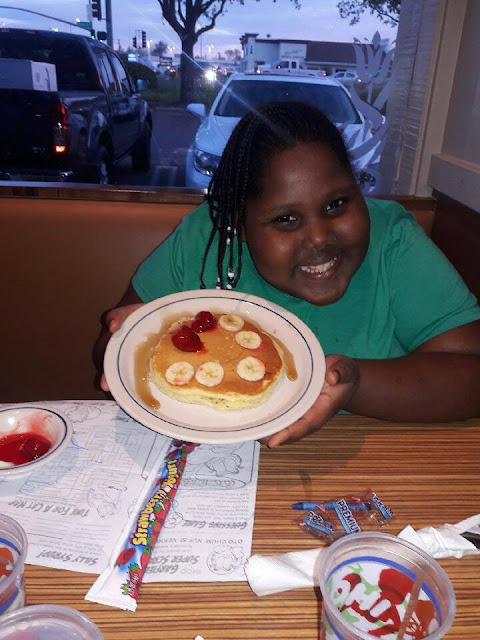