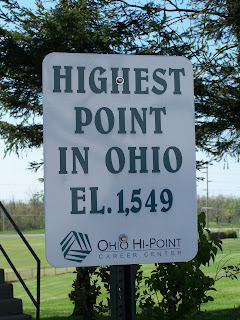 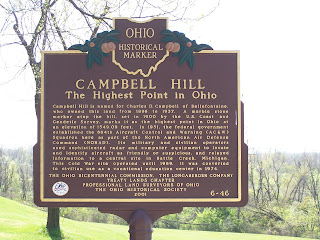 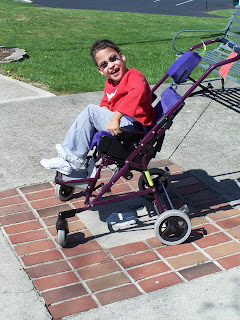 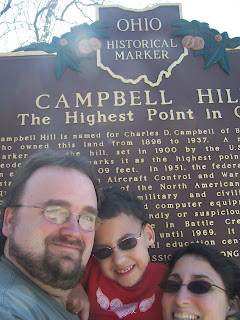 Campbell Hill was our second Highpoint of the day after stopping at Hoosier Hill in neighboring Indiana. It was another easy summit with a drive-up and short walk along a sidewalk. We were in Ohio to celebrate Kellisa's Uncle Jim's 50th Birthday Party: 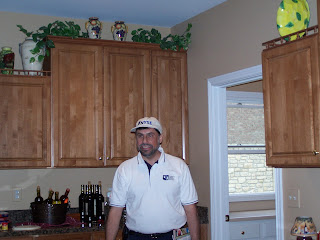 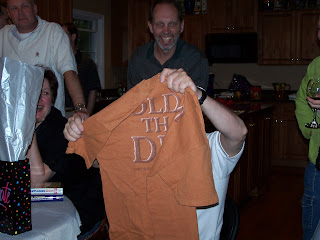 Our gift: Older than Dirt t-shirt 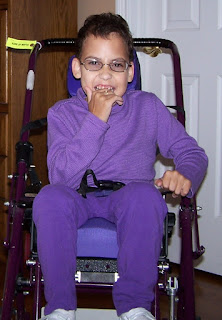 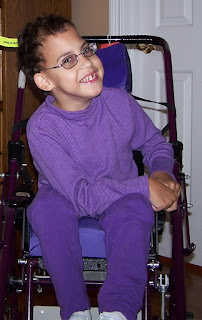 Kellisa enjoying the party in the above two pictures. Kellisa has short hair because she had her head shaved for a shunt revision surgery 6 months earlier in December 2005. Kellisa had a shunt for 2 1/2 years without any issues before she started having some swelling behind her ear over the shunt's tubing. In October 2005, Kellisa had surgery to replace just the tubing. As she healed from the surgery, the swelling returned. In November 2005, the neurosurgeon replaced the tubing a second time. Since the swelling continued for no apparent reason, the doctor decided to remove the shunt and change the location of the new shunt and tubing with a surgery in December 2005. Because the shunt was moved to an area just above her forehead with the tube running along her hairline, back around the left ear and down the neck to the stomach, the doctor had to shave her entire head.

Kellisa had another Bilateral VDRO surgery in January 2006. It would be her 4th surgery in as many months and 19th to date. It was another 6 weeks of constant pain and suffering during the recovery period. You would never know it from Kellisa's face just a couple of months later.
﻿
Email Post
Labels: Birthday Campbell Hill Highpoints Life Lists OH Surgery
Powered by