View from along the road to the highpoint: 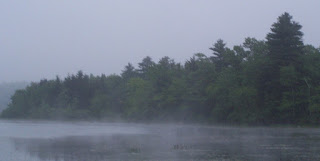 We arrived later than expected for two reasons. First, I had a 2+ hour phone interview with an adoption worker in Oregon who was helping us in our efforts to adopt. Second, I drove through rain and fog most of the day. The highpoint was on private land in 2009 and the owners requested that all highpointing activities be conducted during daylight hours. Having no idea when we might be back in the area and the fact that we had plans to visit Block Island the following day, it seemed like it was now or never. 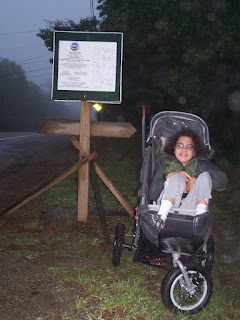 We hurried down the short trail in the rain and darkness: 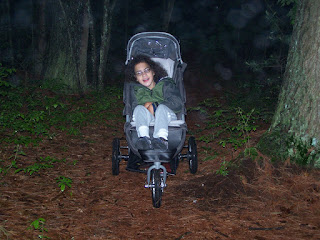 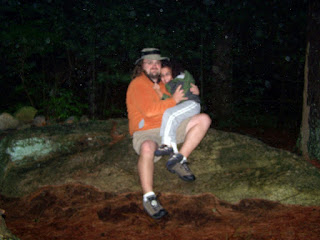 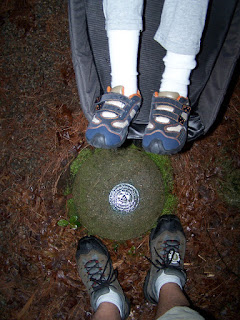