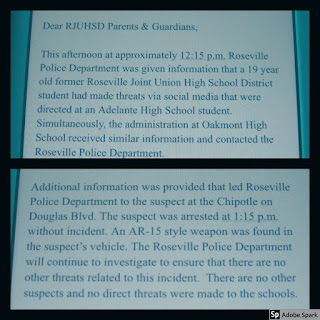 Kellisa was already safely home from school when we received this message from her school district. The threats are obviously out of control and these are extremely scary times to be a student, teacher, aide, school nurse, administrator, or first responders.

We don't have any more information, so we don't know if there was ever a real threat to Kellisa or any other people, but that doesn't make this any easier as a parent of a special needs student.

I'm just thankful these recent threats have been taken so seriously and I don't envy the people who have to figure out if it's a student making a joke or if it's a real threat of mass murder.

The former student was arrested less than 3 miles from Kellisa's school during school hours with an AR-15 style weapon in the suspect's vehicle. So scary! It makes me want to hug Kellisa and Laurel and head off on a trail! 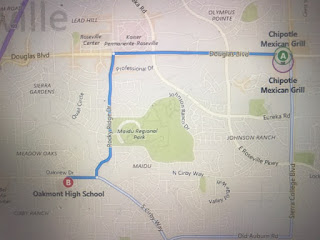