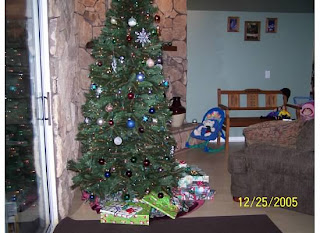 The picture below might be shocking, but it's nothing compared to how Kellisa looked when she was wheeled back to her hospital room on December 16, 2005, following her shunt replacement surgery. Even though it was her 18th surgery (as of 12.25.05), I was not prepared to see her shaved and heavily bandaged head. This would be Kellisa's 3rd surgery in as many months. Kellisa had two shunt repair surgeries, one on October 6th and one on November 15th. When the repairs did not work, a complete shunt replacement was necessary. 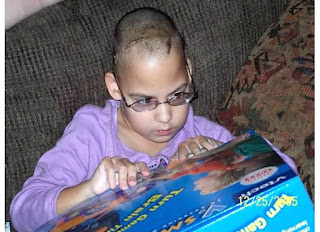 Like usual, even though Kellisa was only nine days removed from a major surgery, she was back to her usual self as she enjoyed Christmas: 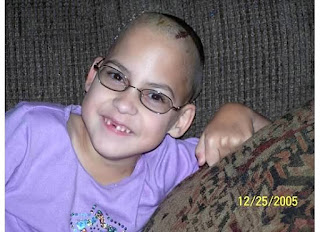 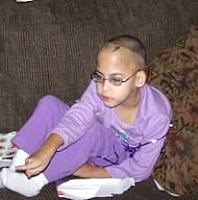 All dressed up for a traditional Christmas dinner: 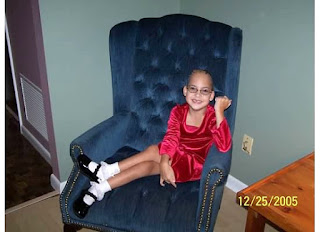 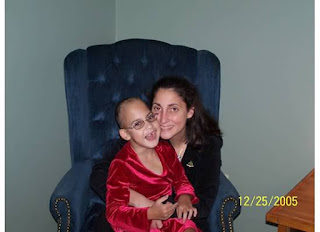 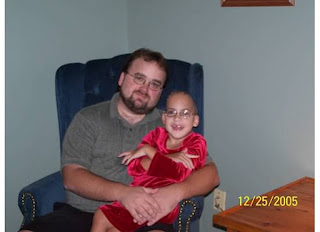 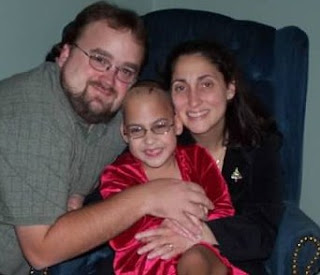 You can see hints of a scar on her neck (left side) in several of the above pictures. However, we don't have a clear picture of the scar. The neurosurgeon had to open Kellisa's neck to help the shunt's drainage tube down to her stomach.