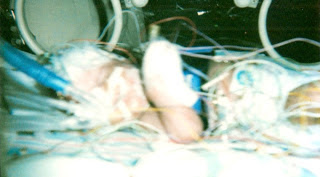 Kellisa was born on May 23, 1999 and wasn't expected to survive more than a few hours. And that was based on a full term pregnancy. Lisa and I needed her to survive. I doubt Lisa and I would be alive today if Kellisa didn't survive. Despite being born 15 weeks premature, Kellisa was born a warrior!

In Kellisa's early days when she already lived long past her life expectancy, I often dreamed about Kellisa turning 18 years old. I'm sure I picked that age because it's when your children officially become adults. Like most parents, I had ideas of Kellisa graduating from high school, going off to college, dating, getting a job, and all the other "normal" things kids do on and around their 18th birthdays. Of course, none of those milestones will be hit by Kellisa this month or any other month. I've come to accept those facts over the years even though I'm sure the thought of missing those things will depress me more than once this month and beyond.


My sadness is mostly for Kellisa because she is missing out on so much and that I have to watch Lisa miss out on all the mother stuff with Kellisa while two of her children are in heaven. A brother and sister Kellisa will never know while down here on earth.

I know Lisa's heart is broken and there's nothing I can do. 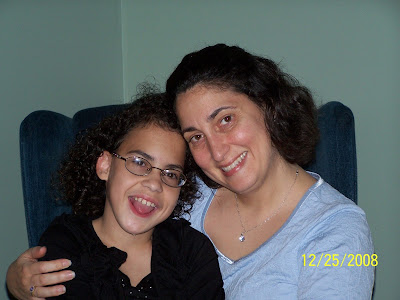 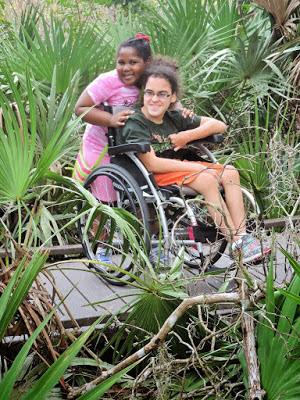 Kellisa and her family misses out on life every single day. Not just the big stuff, but little things as well. One small example, when Laurel is out without Kellisa, she loves taking the stairs. I first realized her enjoyment of stairs when she insisted on going down and then up 6 flights of stairs at the Jacksonville International Airport parking garage in 90 degree Florida heat. Laurel was barely 4-years-old and loved every step. When I asked her why she wanted to use the stairs so bad instead of the elevator, she answered, "Because we never take the stairs when Kellisa is with us".


It's very sad to me that taking the stairs is a "treat" to Laurel, but that's our life and she still loves stairs and escalators almost 4 years later.

Kellisa not only survived, but she has thrived while touching countless people along her path as she changes the world. Kellisa is happy and loves her life. She loves her family, friends, and school. She loves music (The Wiggles, Hannah Montana/Miley Cyrus, Alicia Keys, Katy Perry, etc.) and dancing. Kellisa loves all forms of travel and outdoor adventures. She is always breaking the stereotypes of a girl trapped in a wheelchair. Most importantly, Kellisa has a smile 99% of the time and you know something is very wrong the 1% of the time when she doesn't have a smile.

It's easy to dwell on the missed milestones, but I try to focus on all the highlights of Kellisa's life as much as possible.

I'll never have an in depth conversation with Kellisa, but as 18 approaches, she still wants to go on vacations with her "AH".

Like most little kids, "DA" was one of Kellisa's first words and she spoke it just once. It was so clear and beautiful that I cried. The next day, Kellisa had an emergency brain surgery and we tell everyone that the neurosurgeon drilled through the D part of Kellisa's brain because she's never said the D sound again. So, she calls me AH, which is DAD without the Ds.

I'll never get to scare a boy who rings our doorbell to pick Kellisa up for a date, but as 18 approaches, she still likes to cuddle her AH when she's tired.

I'll never send Kellisa off to college, but as 18 approaches, she still blows me kisses and bear hugs me every single day.

I'll never get to walk Kellisa down the aisle, but as 18 approaches, she still loves to go hiking. 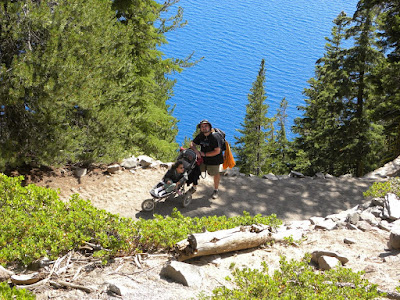 I'll never send Kellisa off to college, but as 18 approaches, she still enjoys dancing with me. 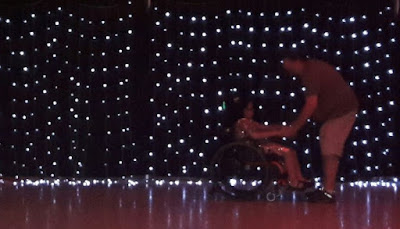 Kellisa will never give us grandchildren, but as 18 approaches, she still gets very excited every time mom, dad, or Laurel walks into her bedroom.

We could be "done" with parenting on May 23rd, but instead we have to worry about where and how Kellisa will live after we can't take care of her anymore. And where will the money to support Kellisa come from? I have no doubt that Laurel will step up, but it's not fair to expect her and we can't ask her when she's an adult to take on the responsibility of her older sister, so we need to have other plans. This keeps me up at night.

I also think about the day when I can't anymore.

When I can't take Kellisa on a trail will be the end of her hiking career.

Kellisa's world has no boundaries, she's flown hundreds of times and when the day comes that I can't help her fly...her world will be shrunken to a radius of only a few miles or even less.

When I can't....Kellisa won't anymore and this scares me and breaks my heart. She will be trapped. 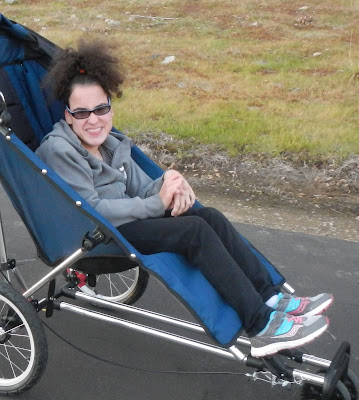 Again, I'm confident that Laurel will step up, but I can't ask, assume, or expect her to take on that role. It's not fair to her and her future family, but I will secretly hope! 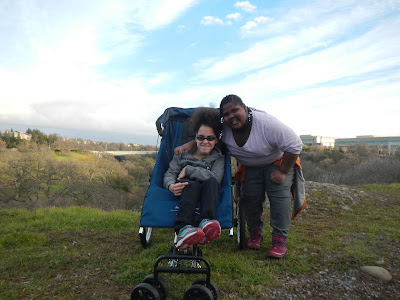 I often tell people that Laurel is Kellisa's biggest cheerleader and advocate and I've been saying this for years. And, it's the truth!

I've never asked Laurel to push Kellisa on a hike and yet, she's been pushing Kellisa since before she could even see over Kellisa and her chair. On some recent hikes, Laurel has pushed Kellisa the entire time we were on the trail without a single complaint. 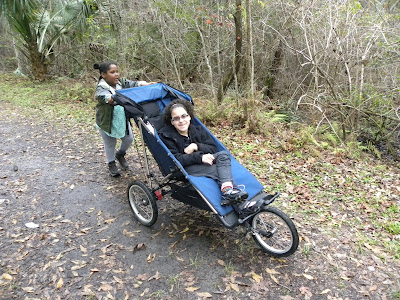 Some people might think we do a lot and maybe a few think we even do too much. I say we don't do nearly enough. Our list of things "not done" is maybe less obvious than our completion lists, but it's a far longer list. I know Kellisa always wants more, deserves more, and needs more to feel "normal". Laurel is almost 8-years-old and is always up for more of everything. No matter how we look at it, we are on borrowed time and when I slow down and eventually stop, I can abso-lutely guarantee that I will never think that I did too much with Kellisa (and Laurel).

No matter what we accomplish, I will always have a longer list of what wasn't done!

And two way conversations, boyfriend drama, college, marriage, and grandchildren will always be at the top of that list.

I would never have chosen this medically complicated life for Kellisa, but I would not trade Kellisa or our life together for the world!

We have huge plans for Kellisa's 18th birthday (and beyond!) as we celebrate and share her life. It's been an amazing 18 years with Kellisa and I'm starting to think about Kellisa turning 50 and all the things we will do together...and I'll only be 77-years-old!

Email ThisBlogThis!Share to TwitterShare to FacebookShare to Pinterest
Labels: The First 18 Years