After three surgeries in 2011, Kellisa was able to go another year without a surgery.

We started the year off on the 1st of January with a day trip to the Okefenokee Swamp followed by a
few local hikes, and Kellisa's first driving lesson in a golf cart. 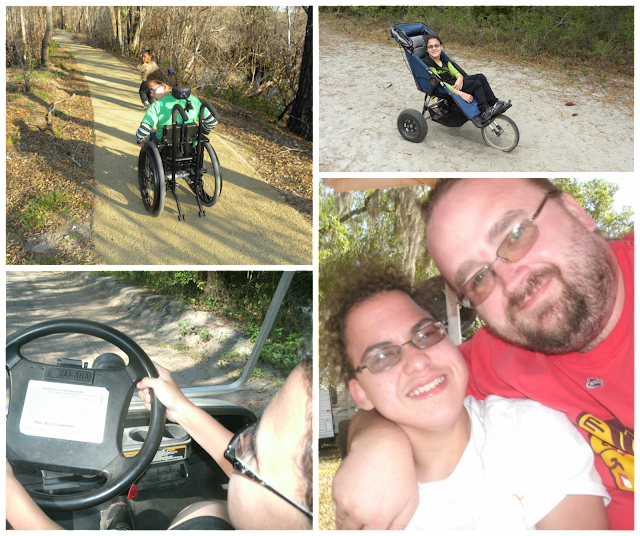 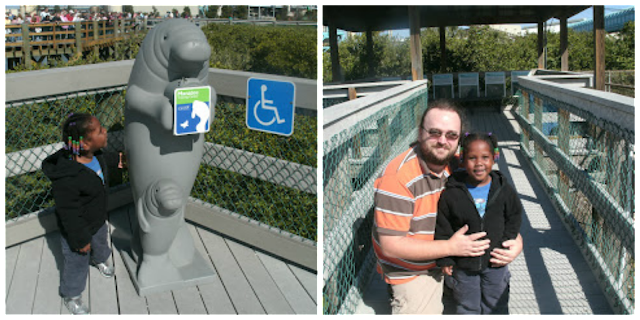 After finishing three Bataan Memorial Death Marches, I knew I was ready to attempt the 26.1 mile course with Kellisa. We flew out to New Mexico a week early for a few last minute training hikes (Franklin Mountains (Below Left), White Sands (Below Middle), and Bosque del Apache (Below Right). 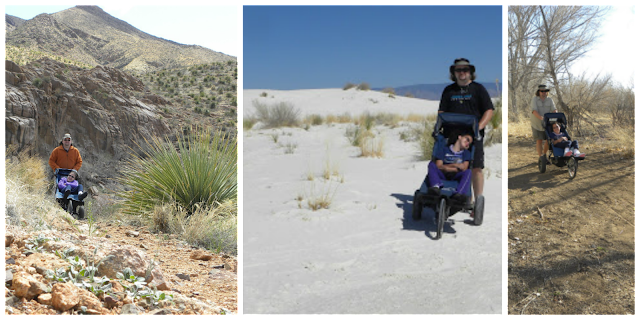 We completed 20 miles of the 2012 Bataan Memorial Death March. It was very sunny and hotter than usual with temperatures in the high 90s. The combination of intense sun and high heat lead to an increased risk in seizures with Kellisa. I was keeping her well hydrated and she wanted to continue, but the risk did not seem worth pushing on for the final 6.2 miles. I know we could have finished, but I also know that I made the correct decision despite Kellisa begging more, both with her words and sign language. 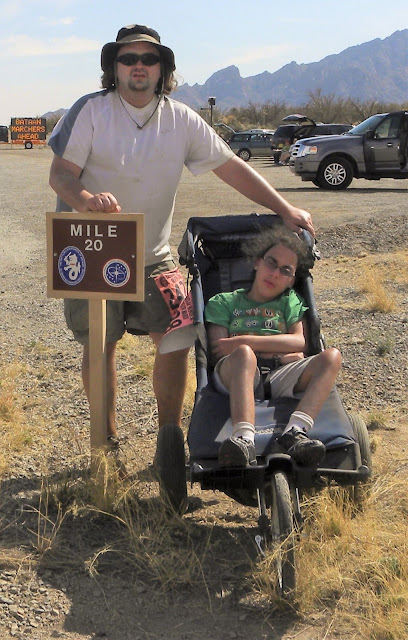 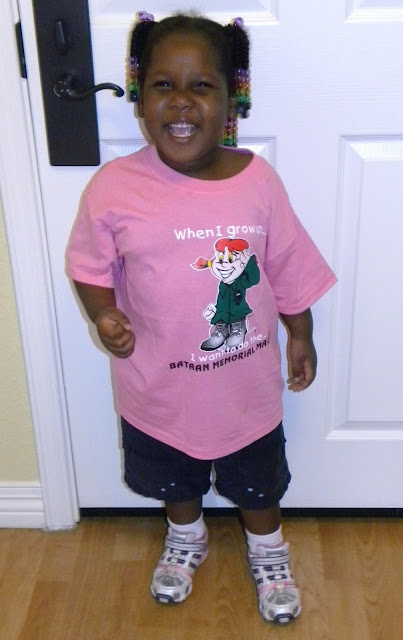 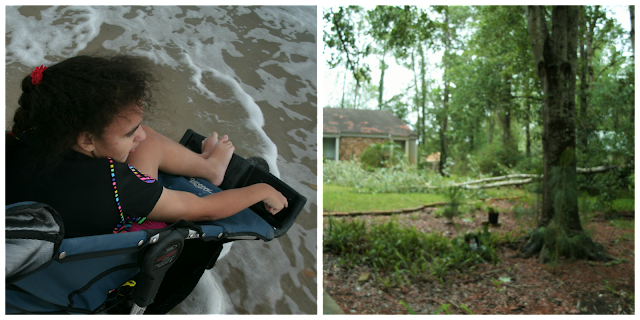 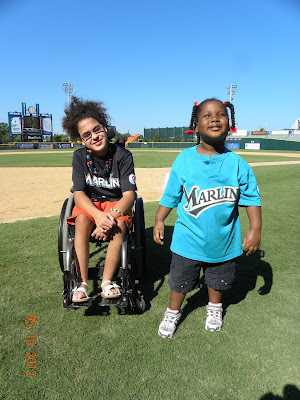 Above Left- At the beach enjoying the winds associate with Tropical Storm Beryl.   Above Right- Who knew we would probably be safer at the beach? We returned home to find a tree narrowly missed landing on our house.   Left- Kellisa played another game at The Baseball Grounds of Jacksonville. 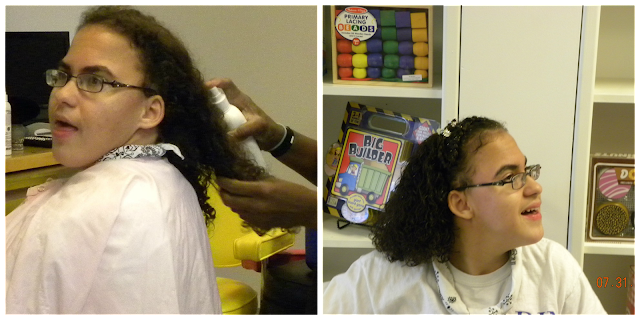 Laurel was now a fan of The Wiggles and we went to see the final tour of the original members in Jacksonville. We had front row seats off to the side of the stage and both girls sang and danced to every song. We were the last ones out of the theater because of the wheelchair. As soon as we exited the theater, we met two of The Wiggles who were walking to their tour bus. They were kind enough to stop and talk to us for a few minutes before posing for pictures. This was one of the rare occasions when being last was a good thing. 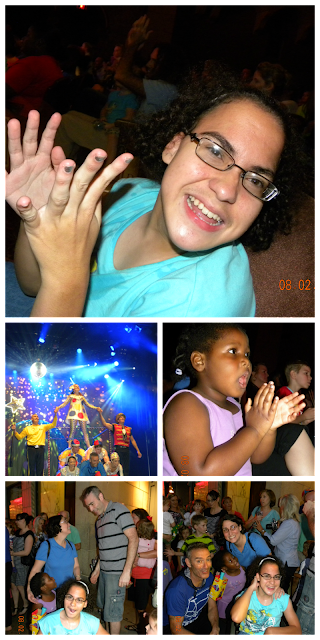 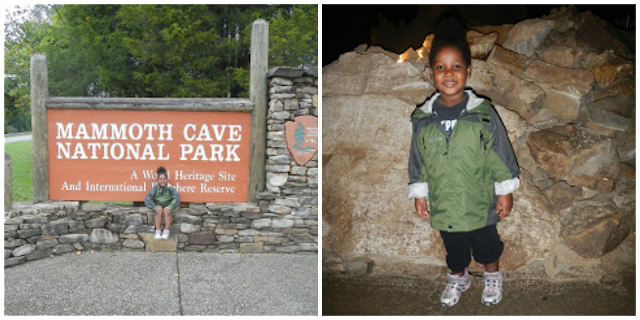 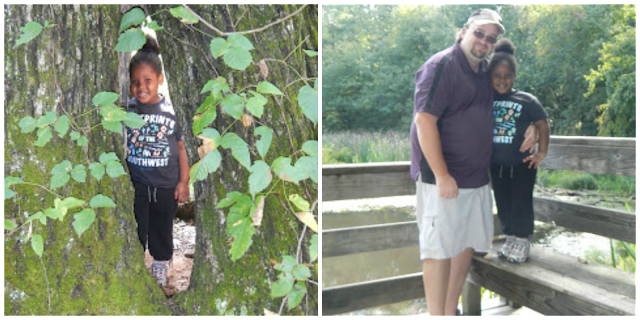 The Wiggles added a second leg to their successful North American tour, this time across Canada. I never need a reason to travel to the Northwoods and the girls had such an amazing time, I bought four tickets to their October concert in Sault Ste. Marie, Ontario. We had VIP tickets in the second row. I read rumors online that holders of VIP tickets in Canada were able to meet The Wiggles before the concert. I was unable to confirm the rumor and decided to email the arena to see if they knew. After a series of emails and learning that we traveled all the way from Florida for the concert, the arena management arranged for us to spend some time with The Wiggles before their concert. 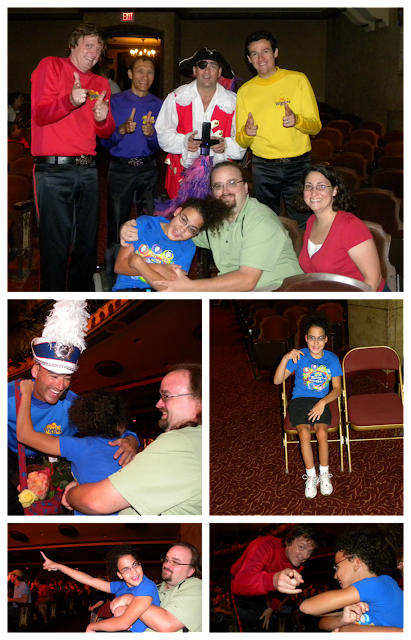 We were able to spend a little time hiking and sightseeing around Sault Ste. Marie, Ontario before and after The Wiggles concert. 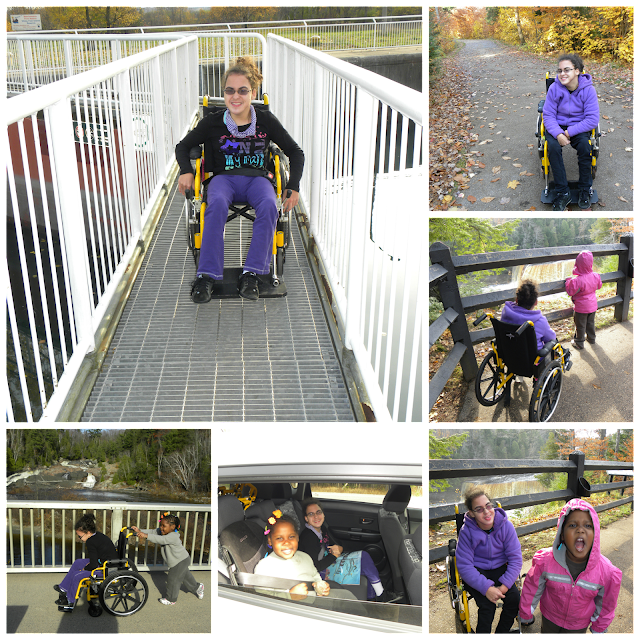 The high from our trip was short lived. Less than a month later, Kellisa had some routine blood work done. Her doctor called and told us that some of the results indicated that Kellisa most likely had renal cancer, but further tests were required. It felt like an added ton of bricks on our already overloaded shoulders. After the initial shock, we quickly learned from a Google search that people with renal cancer had a 5% chance to survive five years. We were devastated.
The next couple of weeks were a daze as they were filled with additional tests and doctor’s appointments. I spent every possible second with Kellisa, enjoying local trails or just snuggling her while she watched The Wiggles and Hannah Montana DVDs. 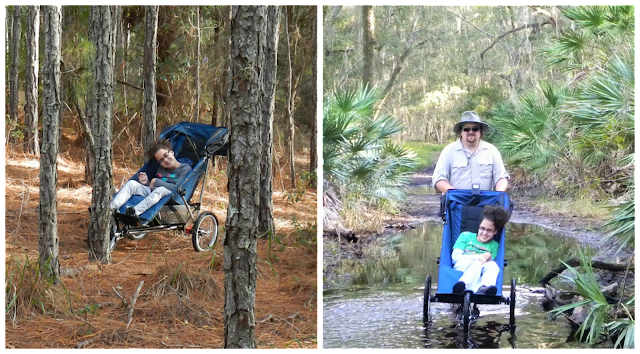 The doctor called a few days before Christmas to let us know that Kellisa did not have cancer and that he could not explain her blood test results.

Email ThisBlogThis!Share to TwitterShare to FacebookShare to Pinterest
Labels: 2012, The First 18 Years