An Illinois record was set on July 17 and 18, 1996 for rainfall in a 24 hour period. A total of 16.94 inches fell on the southwestern suburbs of Chicago, including Bolingbrook. About the only time we got lucky with our house in Bolingbrook was during this flood, our lot was actually high and dry. A part of me thinks we might have been better off if the house had flooded.

The entire area around our neighborhood flooded. Only high clearance vehicles had a chance of getting out of the flood zone. Lisa made it to work with our Isuzu Trooper. I stayed home with my Honda Civic and documented some of the flood in the pictures below. 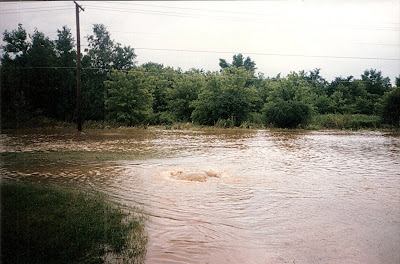 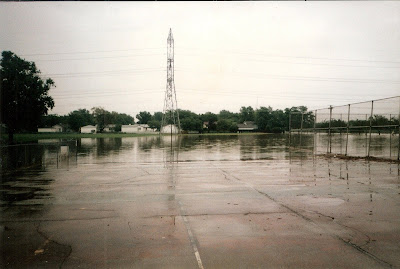 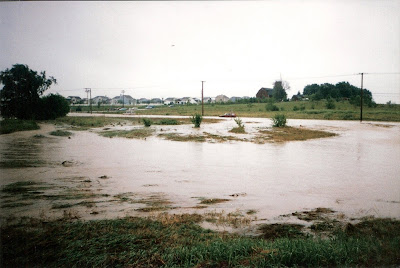 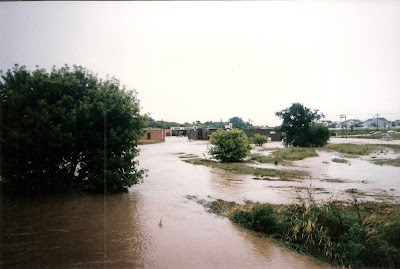 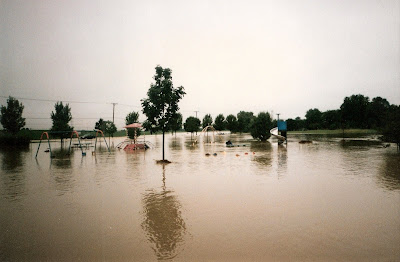 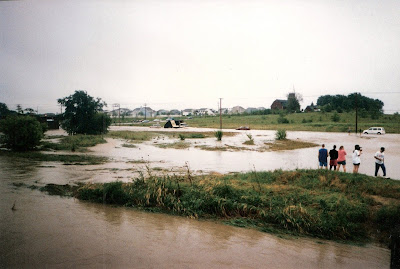 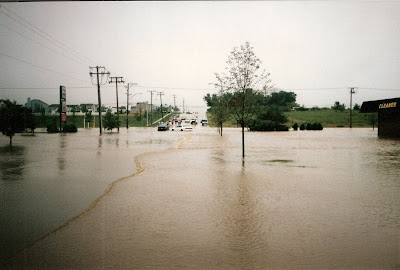 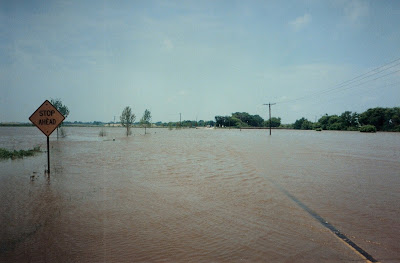 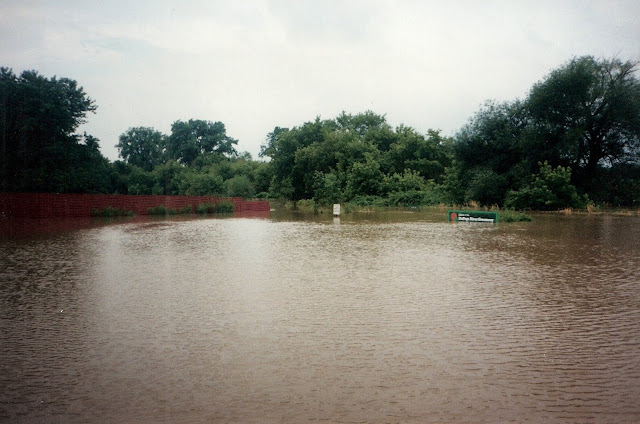 Greenway off of Royce Road