Everything but Alligators and Polar Bears 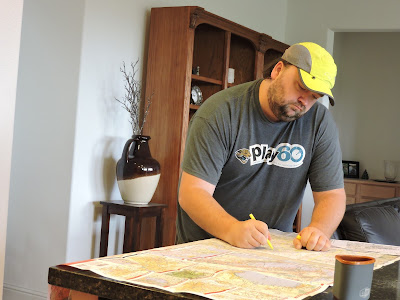 Since we finished hiking in all 50 United States back in November 2016, we've been asked, "What's next?"

After spending many years on the Hike all 50 States Project, I didn't have a "Next". I was relieved, but also very worn out. Even though I wasn't ready, the girls are always ready for our next adventure.

A lot of people think visiting countries is the natural progression. There are many countries I'd love to visit, but the idea of traveling around the world isn't very appealing to me at this time. When I'd allow myself to think about what's next, I often turned to our neighbors to the north. Canada is beautiful, vast, and remote with tons of wildlife. Everything we love.

I would need a specific goal and hiking in all of Canada's provinces and territories seems like a great plan and they only have 13 total. Should be easier than visiting 50 states, right? However, when you look at a map of Canada, one thing becomes very obvious, it's a huge country. In fact, Canada is the world's second largest country and you can't even drive to one of the territories. This project seems a little overwhelming...for now.

After three months without a "next" project, I started to panic a little because spring break was fast approaching for the girls. I know many people who just want to relax when they have time off, but that's not me and it's definitely not Kellisa and Laurel. I realized that I need a next project.

The idea of hiking in all 50 states in 1 year still rattles around my head after two attempts (2013 with Kellisa) and 2014 (with Kellisa and Laurel). This project is very appealing because there's still a lot of trails we want to hike across the country. But again, I don't think I have the energy for another attempt this year. Plus, we would have needed to start back in January.

Then I remembered getting a Disabled Discount Pass for California's State Parks. My first thought was to visit all 118 state parks. While a lofty and worthy goal, again this project seemed a little too big. I was lost.

You never know when or where inspiration will come from. This was true when I casually read an article about a bay area man who drove through all of California's counties (58) in less than 58 hours. A light bulb went off inside my head. I didn't want to race around the state to challenge his record, that's his thing. However, I thought we could do our thing, hiking at least one trail in all 58 California counties. 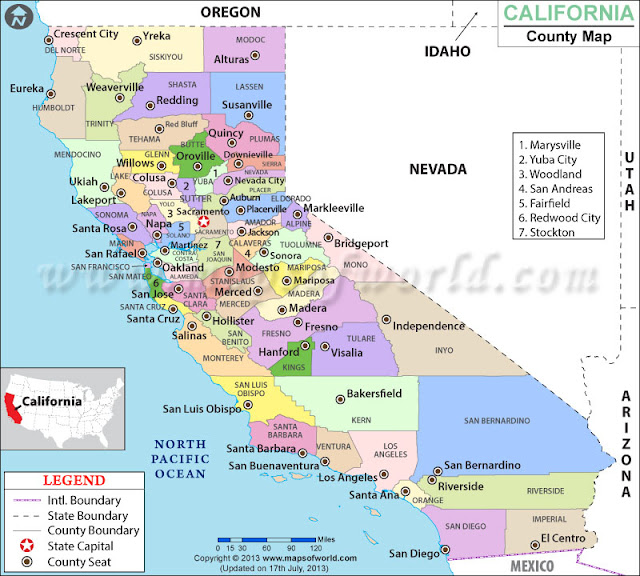 I bought a California road map (first picture) and traced the county lines as the first step in planning some of the logistics. I was excited to learn that we live within 120 miles of 35 of the counties, making day and quick weekend trips possible for 60% of the counties. With Imperial County (the farthest) only 600 miles away, we wouldn't even have to fly unless we really wanted to hop on a plane.

Before 2017, we've hiked in only 7 California Counties and only one (Placer, our home county) so far this year. I'd like to hike in all 58 during the 2017 calendar year. Since our Placer hikes have been on our "home" trail behind our house, I'm not going to count that trail towards this project since it's so familiar.

I figured it would be easy to find a trail in every county, but to be sure, I looked for the smallest county in the central valley (far from major mountain ranges, deserts, and the ocean). I zeroed in on Kings County and noticed that it did not have any kind of state or national park. I started Googling trails and parks with no results. It might be hard to "hike" in Kings County if we can't even find a trail.

That's how 3 Wheel Blazing Across California came to be our goal for 2017.

This might sound stressful for those who prefer to relax, but this is fun, exciting, and therapeutic to me and I know the girls will love another "project". Plus, California has beaches, tall trees, old trees, mountains, volcanoes, hills, meadows, deserts, lakes, oceans, rivers, snow, ice, waterfalls, forests, bears, snakes, birds, Sasquatch, mountain lions, elk, just about everything we love to see and do with the exception of alligators and polar bears (not counting zoos).