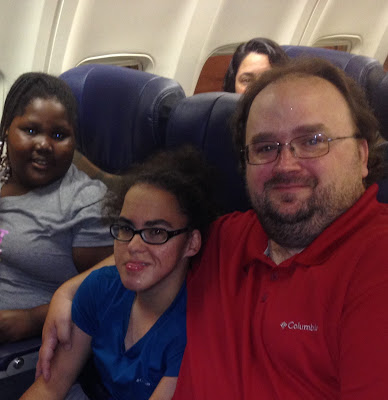 Lisa visited Idaho for the first time in 2017 bringing her states visited total to 40 something and it was the first calendar year that Chris, Kellisa, and Laurel didn't have any new states to cross off their "visited/hiked" list. As the year is coming to its end without any trips planned, I felt the need to update some kind of list. While thinking about the possibilities, I realized that I added several new airports visited for my "mostly" Monday-Friday job this year (Calgary, Bismarck, Omaha, Wichita, Tulsa), so I started to think about Lisa and the kids. I pulled out my trusty road atlas and started making lists of airports visited.